How light rail transit and greenway trails may compliment each other

A little history for light rail in Texas

San Antonio—Voters in 2000 and 2015 voted down proposed light rail transit (LRT) systems in San Antonio for various reasons. It was apparent that the proposed lines in 2000 failed to connect where folks wanted to go. 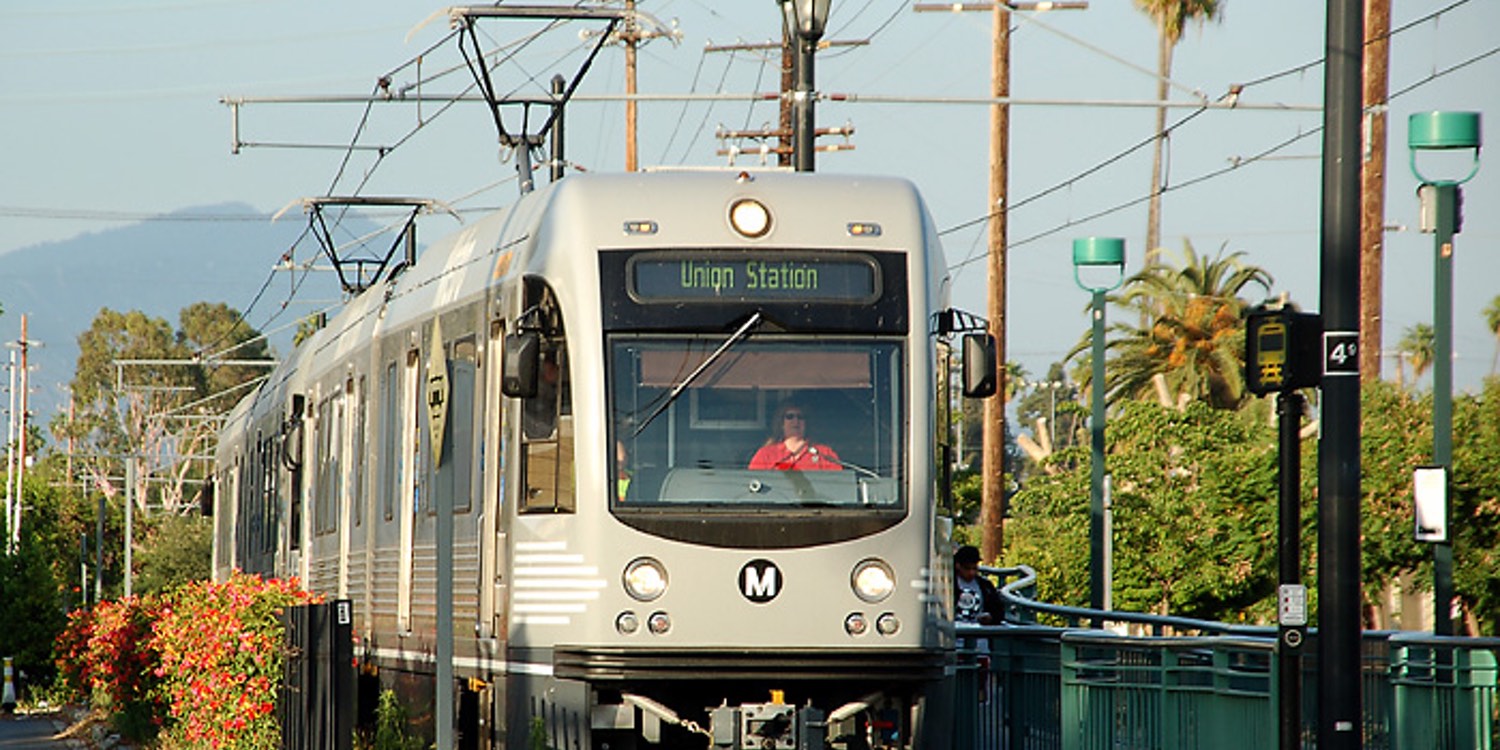 In 2015, a street car line was proposed to connect the Pearl and the downtown business district. How would that serve someone who lives along U.S. 281 north of the airport?

Various accounts have noted that one of the most successful light rail systems in the country is the Dallas Area Rapid Transit (DART) which rolled out its first train in 1996. Just a few miles to the west, Fort Worth jumped on the light rail bandwagon in 2018 with TEXRail. Their line connects the restored Texas and Pacific and the Fort Worth Central train stations to DFW with small train stops in between. As a fast-growing city itself, Cowtown is benefitting from a few lessons learned from DART. They want to add lines in a quest to garner the ridership success that had been proven by DART.

TEXRail and DART are not the only shows in town. The Trinity Railway Express connects Fort Worth and Dallas with cities in between and the Denton County Transit Authority's A-train connects areas of Denton County with DART's Green Line at the Trinity Mills Station in Carrollton, Texas. All put together, north Texas has four LRT systems in operation; San Antonio has zero thus embarrassingly becoming one of the largest cities in the U.S. without commuter rail. As for as it goes for Texas, it's the only large city without it. Besides Dallas and Fort Worth, commuter rail exists in Houston and Austin.

The DART success had made its system as one of the largest, operating LRT systems in the United States. They did it right, apparently. They ran their tracks where folks wanted to go: the airports (DFW and DAL), sports centers, tourist attractions, shopping centers, and job centers.

It relieved many motorists of the frustration of being stuck in traffic while having to deal with the bad drivers who tailgate, refuse to use a turn signal, and weave through traffic. Also, the cost of commuting by car had gone up. As of seven years ago, I figured out how much it costs to commute approximately 50 miles (80 km) roundtrip by car five times a week between my home and Lackland Air Force Base where I worked: $12,000 a year. This included depreciation, insurance, and wear-and-tear.

In the case of San Antonio, can light rail ever be a success like DART? Most likely yes. By running the lines to where folks wish to go—do the research. By speculation, destinations will include the airport, downtown, River Walk, sports venues, tourist attractions, Alamodome, and the military bases.

However, SA can go a step further: integrate the rail lines with the greenway trails. Allow them to compliment each other! By placing the train stations where the tracks intersect the greenway trails, it enables the utilization of riding a bike to a station. Each station can be comprised of a platform with a canopy and ticket kiosk. Cyclists can lock their bikes on racks or roll them on the train. This concept is nothing new as it is being done in other cities. 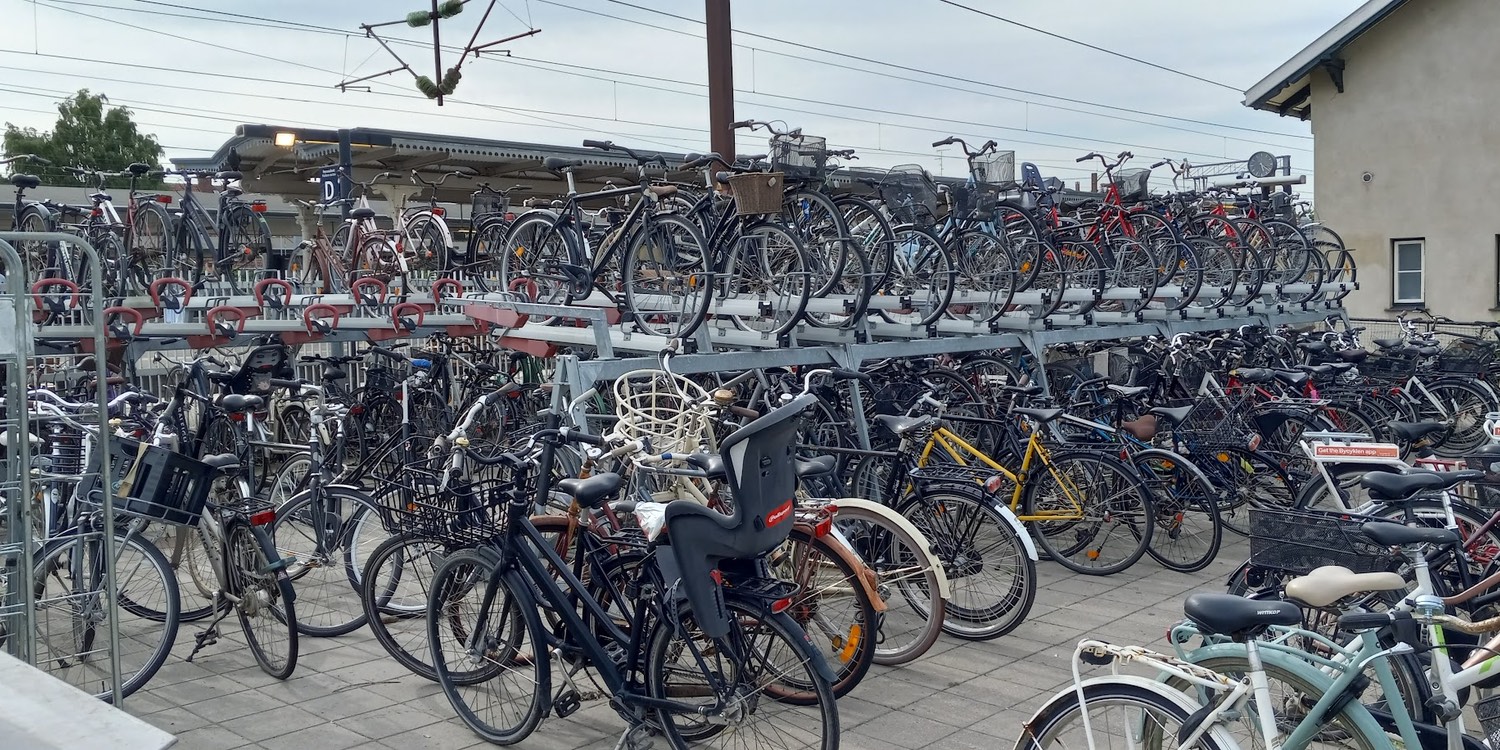 Bicycle racks at a train station near Copenhagen—Photo: SRR

Right aways will pose a challenge as the case has been with constructing new greenway trails. It will require a cooperative effort with existing rail lines and roads that can be literally paralleled in some places. In other situations, it will require eminent domain that will call for homeowners and businesses to give up strips of land. It will come with a few drawbacks such as trains roaring through neighborhoods. HOAs more than likely will put up a good fight against having tracks routed near their subdivisions.

Some argued the case of building a monorail track that could be simply built overhead and placed along channels such as creeks. Monorails are usually quieter than conventional rail. As romantic as it sounds, monorail is more expensive to build than light rail. We can probably strike that idea from the table.

Meanwhile, SA's VIA will be dependent on buses. The only problem with road-based systems is that they must share the roads with ordinary traffic where HOV lanes do not exist. So, riding a bus will take too long to get there.