Imagine what it's like to attend Tour de France

Copenhagen, Denmark—Watching almost any sports event on TV is sheer convenience. You see everything they show through the eyes of television cameras. Watching it on TV and being there in person are two drastic things. Just standing there along the sidelines among screaming spectators and motorcycles roaring along with the riders was electrifying. It put chills down my spine as my GoPro 8 camera captured the moments. 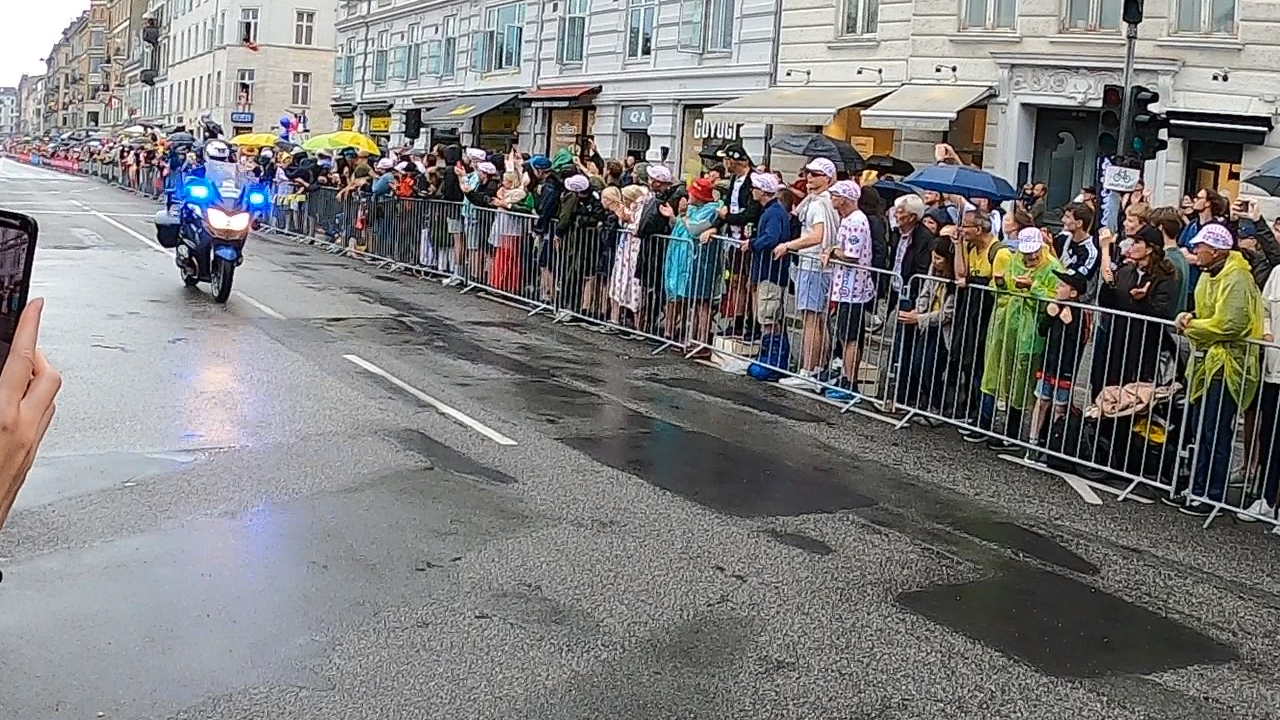 Stage 1 held on 1 July was an 8-mile (13-km) individual time trial for approximately 176 riders who began their quest on a 2068-mile (3328-km) journey that began with three stages in Denmark before reaching France and parts of Belgium and Switzerland. Each cyclist was preceded by a police motorcycle. Once the cop's motorcycle had passed, it was time to focus. 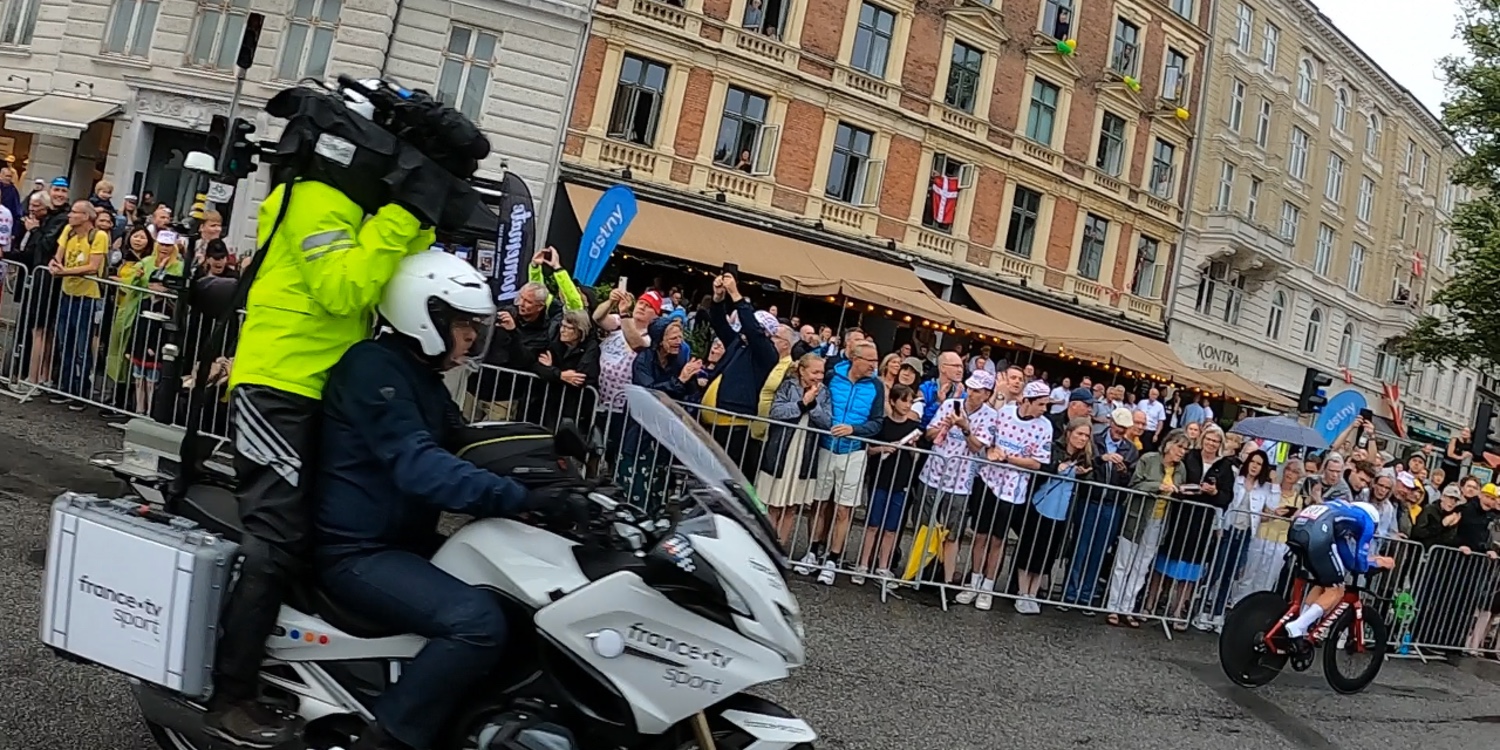 As the cheering increased, the cyclist appeared rolling through at a neck-breaking speed of near 40 mph (65 kph). Some cyclists were immediately followed by a TV motorcycle crew that consisted of a cameraman standing behind the driver while holding a heavy camera. He apparently had leverage to keep him in an upright position. Afterwards, a team car rolled through with a rack of extra bicycles on top.

With a heavy turnout, it rained on stage 1 as TV viewers throughout the world watched as two cyclists crashed on the wet pavements, according to local TV reports. The stage winner that day was Belgium rider Yves Lampaert of the Quick-Step Alpha Vinyl Team. 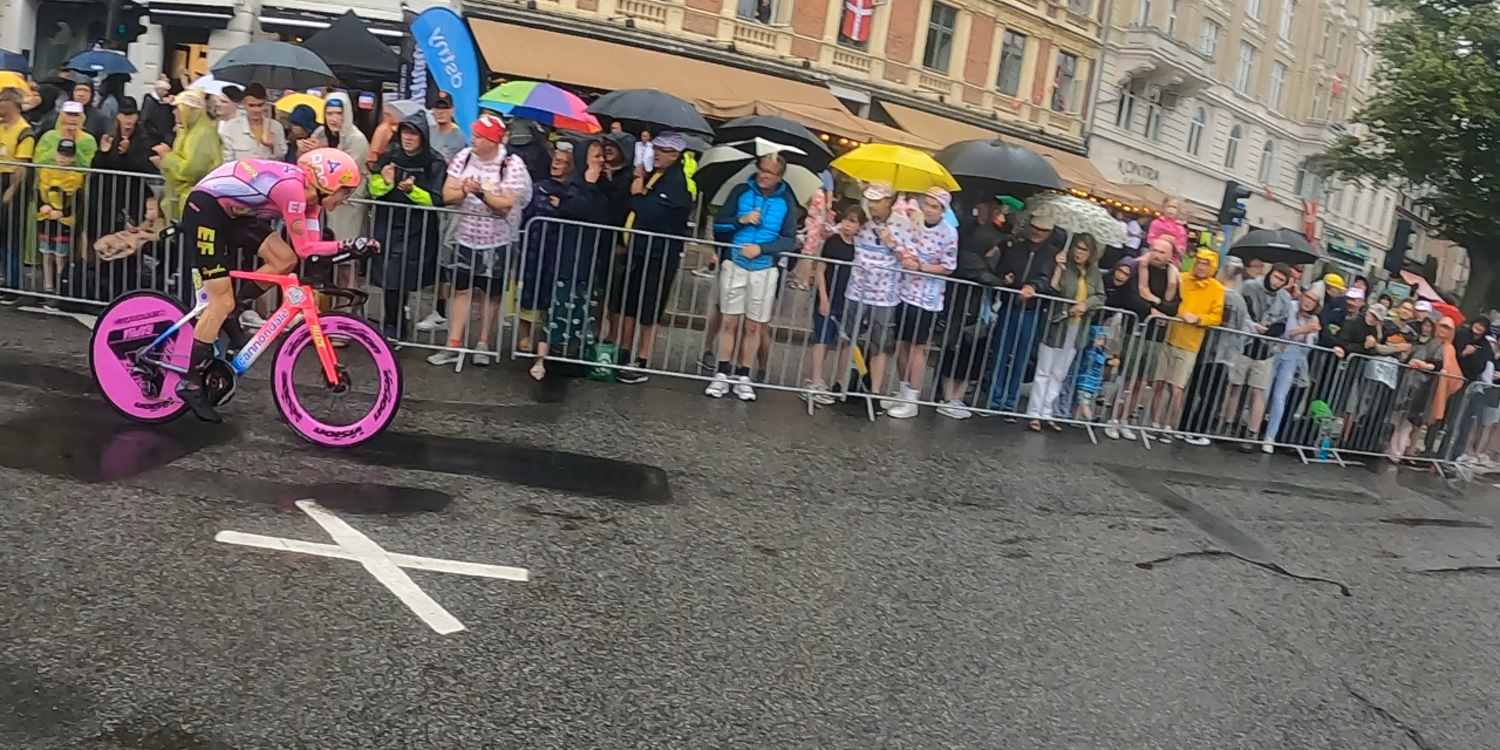 Neilson Powless of the United States races through during stage 1 time trails—Video: SRR

Stage 2 was held on 2 July in Roskilde, a city located about 20 miles (30 km) west of Copenhagen. Its history dates from the pre-Christian Viking Age. The Roskilde Cathedral, built in 1275, is home to 39 Danish monarchs' tombs. Algade, one of the routes of stage 2, was lined with spectators behind barricades as a French TV Sport helicopter buzzed overhead. Spectators hung out of windows that were swung open in an apartment building that overlooked the road. 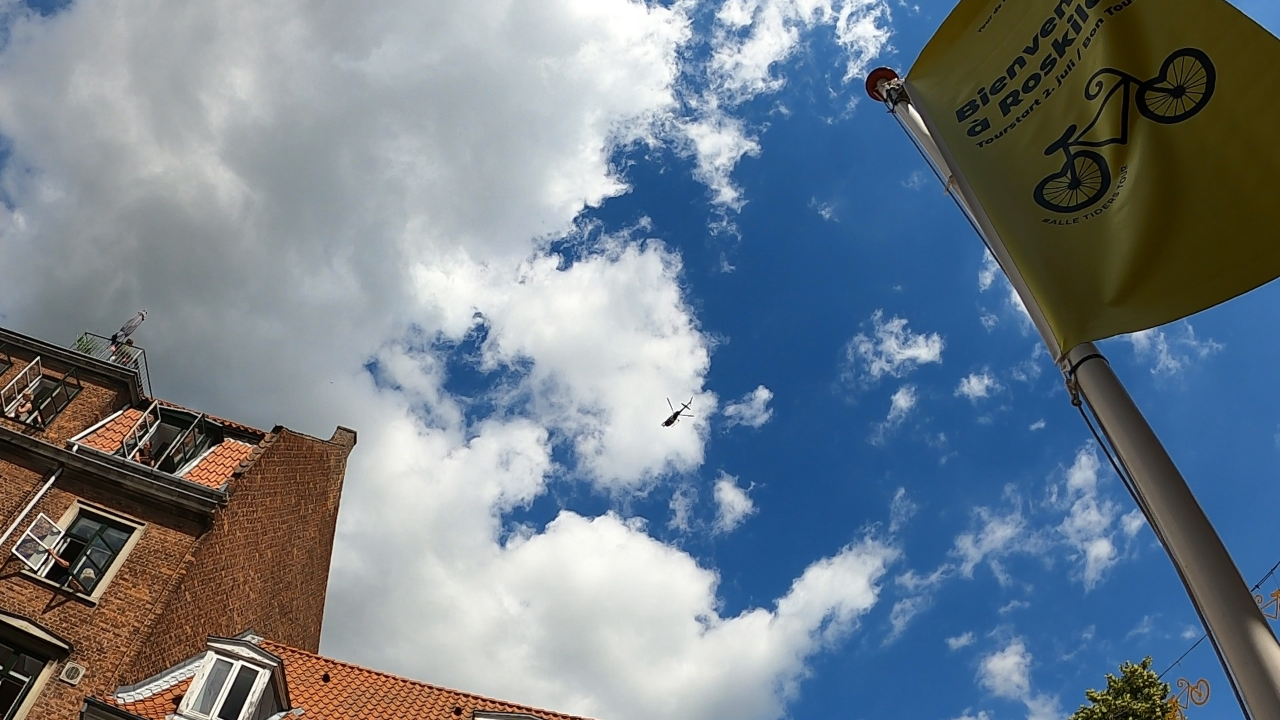 You may have to zoom your image to see the TV helicopter contrasting the clouds—Video: SRR

They waited anxiously for the peloton that began at a start line in nearby Byparken, a park. The first tell-tale sign that the peloton was near was the passage of police motorbikes with flashing blue lights. The cheering of the crowds down Algade that could be heard followed by an approaching helicopter gave the cue: that time has arrived. The Tour de France lead car, a red Skoda Enyaq iV, appeared followed by the colorful jerseys of the riders. The pace car at this point had not given them the signal to begin the race.

The 126-mile (203-km) stage ended at Nyborg via the Great Belt Bridge where crosswinds were a factor in a crash. Dutch rider Fabio Jakobsen of the Quick-Step Alpha Vinyl Team took the win for stage 2. 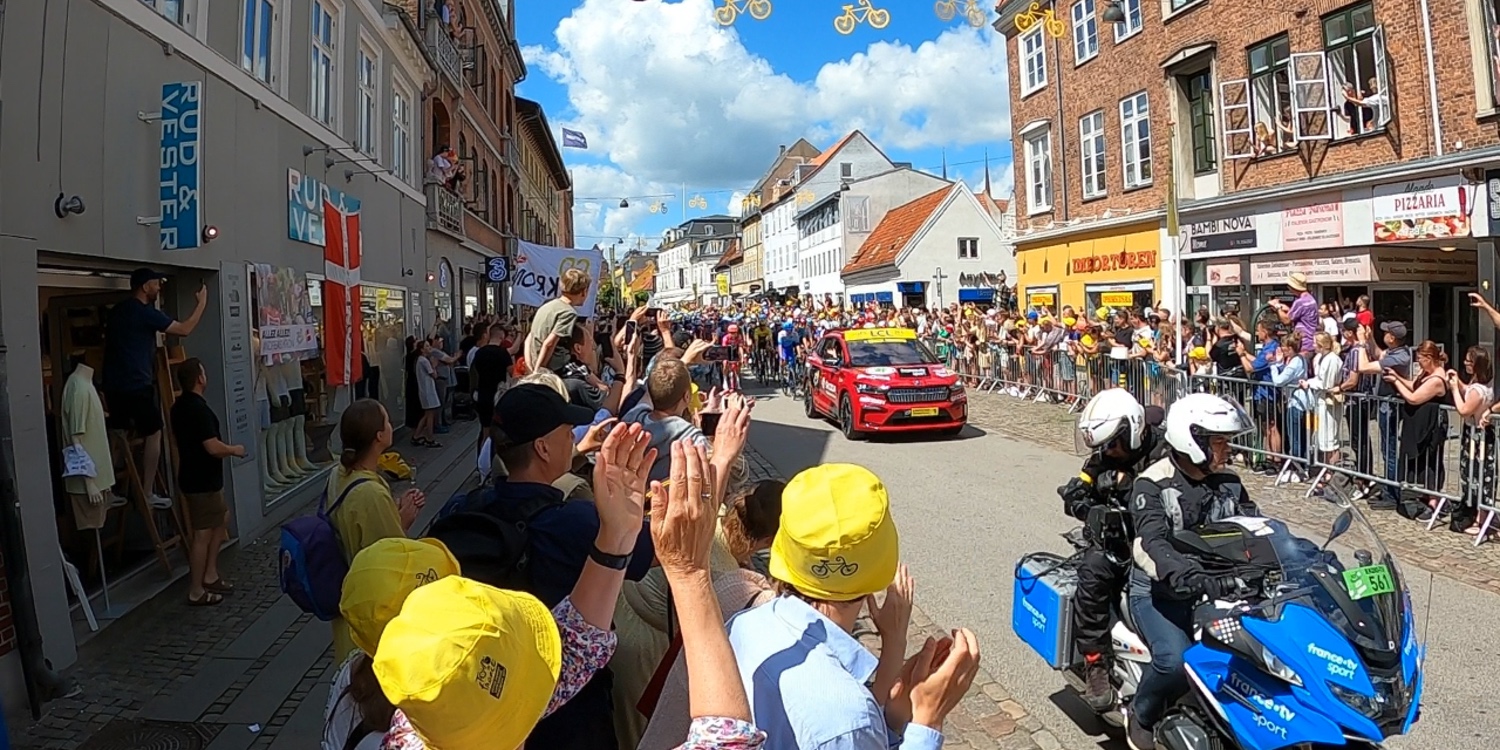 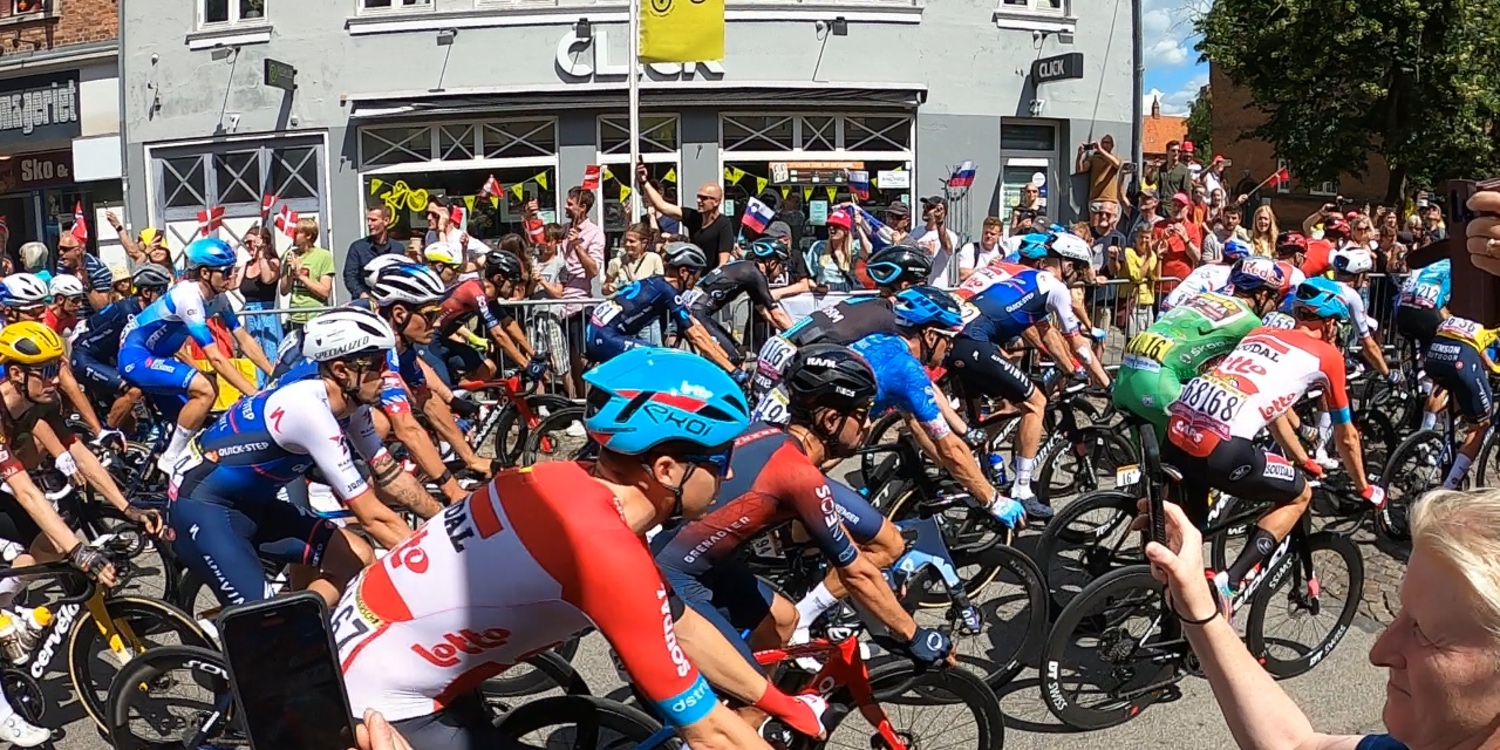 Televising a bike race requires quite a bit of technology

The TV motorcycles added to the excitement of watching a sporting event that requires quite a bit of technology. Yep, it's easy to flip on the remote control at the crack of dawn in the United States and tune in as coffee is being made and medieval castles and majestic mountains flash by on the screen. However, what goes on behind that flatscreen is a whole lot more than what meets the eye. The motorcycles and low-flying helicopters relay their signals to a helicopter that is flying above at approximately 1970 feet (600 meters). The signal is re-transmitted to an airplane flying at altitudes of approximately 10,000 to 26,000 feet (3000 meters to 8000 meters). The airplane links its signal to trucks that in turn relay the signal to a satellite. The only place where stationary cameras are situated is the finish line. The satellite then links it signal to a TV center from where the signal is distributed to television networks throughout the planet.

Overall, televising a bicycle race is far more complicated than any stadium event such as football or soccer. 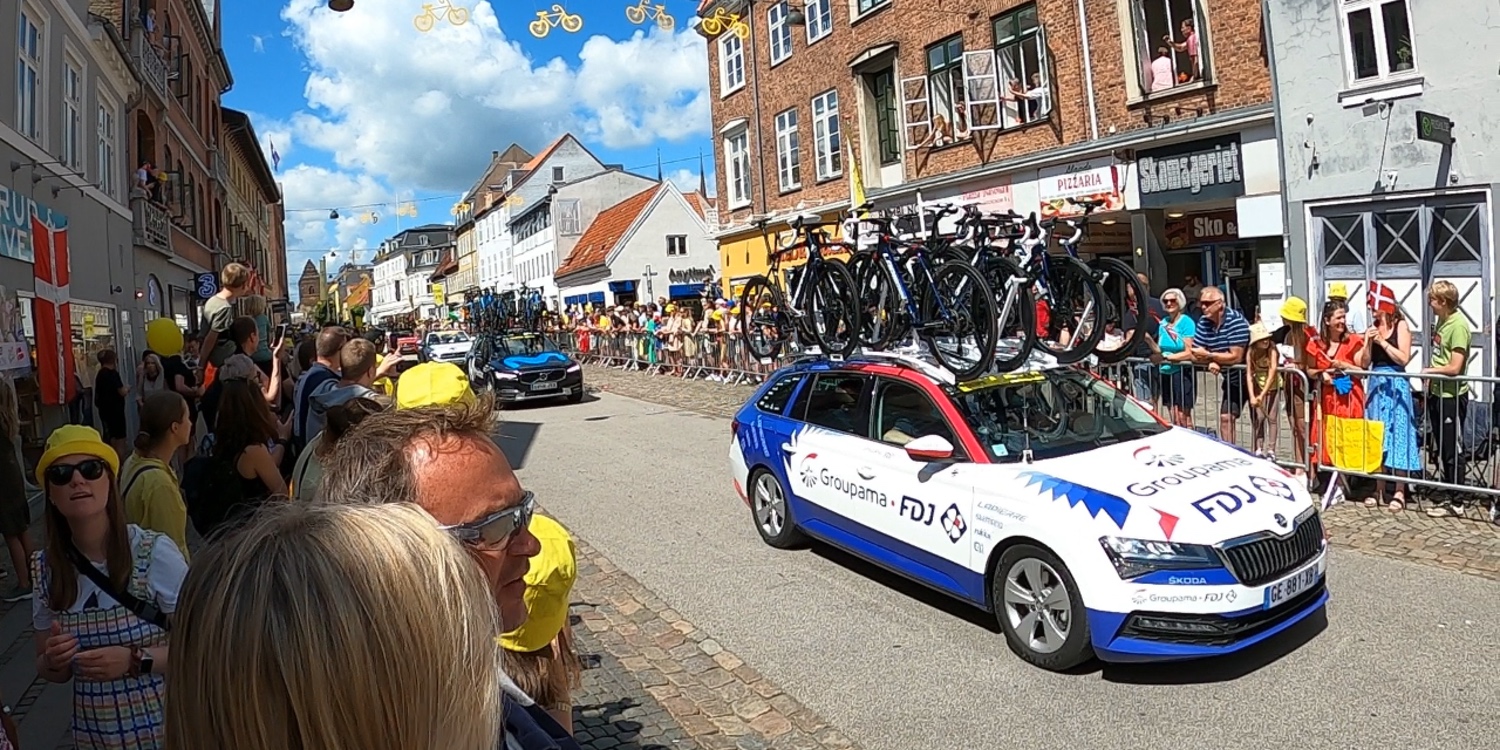 The Danes provided the riders a hearty welcome at pre-race ceremonies at Copenhagen's famed Tivoli Gardens two days before the race began. It was the first time in the 119-year history of the world's most famous bicycle race to begin in Denmark. 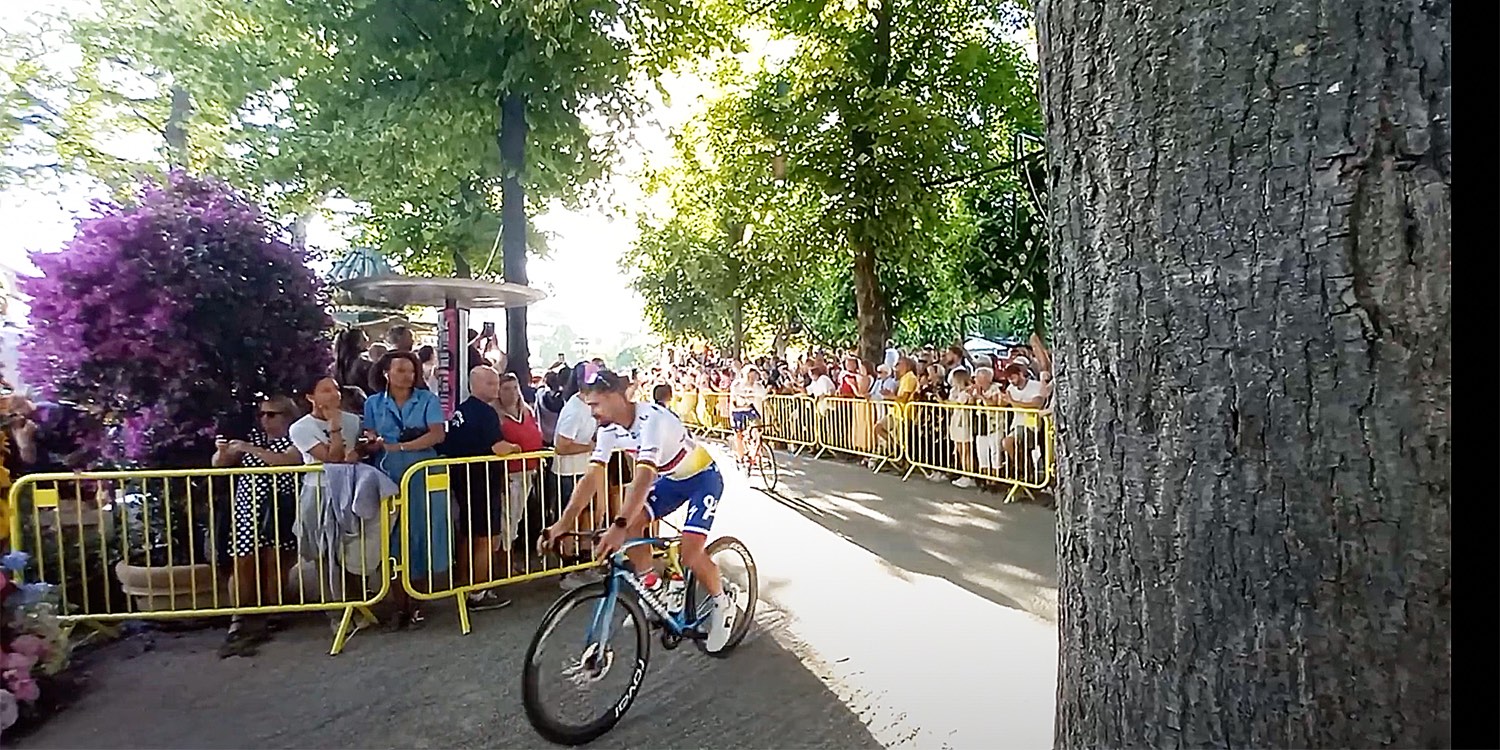 With a metro population of about 1.2 million, Copenhagen is the capital of Denmark. Originally a 10th-century Viking fishing village, Copenhagen became the capital in the early 15th century. At the turn of the 21st century, the Danish capital had undergone substantial urban and cultural development, fueled by its investment in infrastructure. Like many other European cities, it has an impressive rail system that compliments cycling. 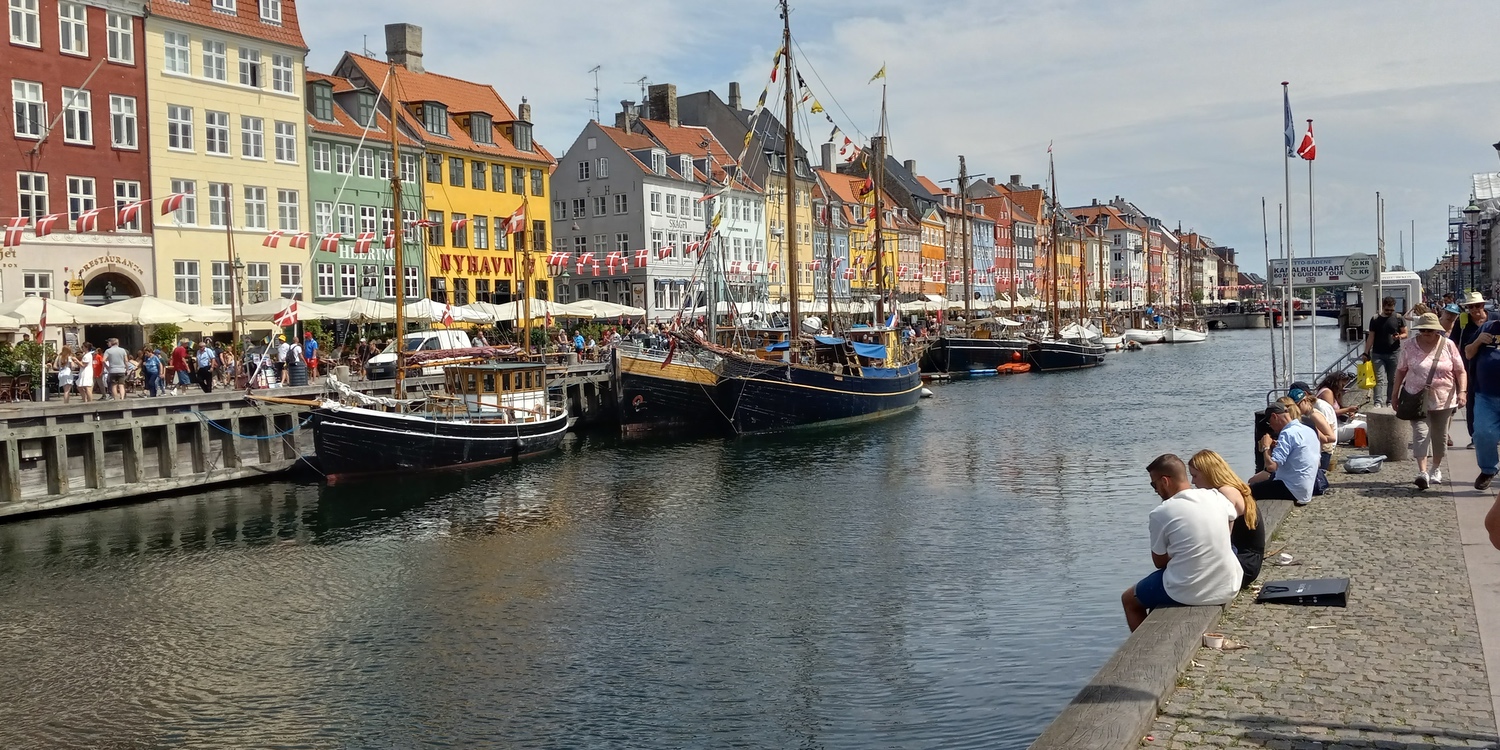 Copenhagen, Denmark, a beautiful city in Scandinavian part of Europe—Photo: SRR
More Articles | Go to Archives Page
Home | Accessibility | Contact Us | Safety | Map Room | Legal
This website belongs to Jesus Christ Our Savior. If you have any questions or comments, please choose Contact Us