The Salado Creek Greenway South offers its own landmarks that are worth mentioning in San Antonio's lineup of historic artifacts. Starting at the Jack White trailhead, located south of Fort Sam Houston, let's go!

Fort Sam Houston: The north and south connector of the Salado Creek Greenway will run on a corridor of Fort Sam Houston next to the Union Pacific Railroad. The post is one of the oldest Army bases, opening around 1879. Designed by Gen. Montgomery Meigs, an 87-foot (27-m) water tower was constructed which he called "his work of art." Meigs based his design on an artistic water tower that that he had seen in Europe. On 19 Feb 1877, the new train station opened nearby, connecting San Antonio to Galveston. Aviation arrived when Dodd Field opened about 1915, and continued through the early years of World War II.

Quadrangle Plaza with the water tower in the background—Postcard: Univ. of Houston Libraries

Jack White Homestead: Now a trailhead, the Jack White home was located at 3803 Sequin Road. White, a successful hotelier, served two separate terms as San Antonio mayor: 1949–52 and 1953–54. Situated in a secluded estate that was in the outskirts of the city, the home sat on a knoll overlooking an oval-shaped swimming pool. The house is now occupied by the Parks Police Dept. Sadly, the pool has fallen into ruins. 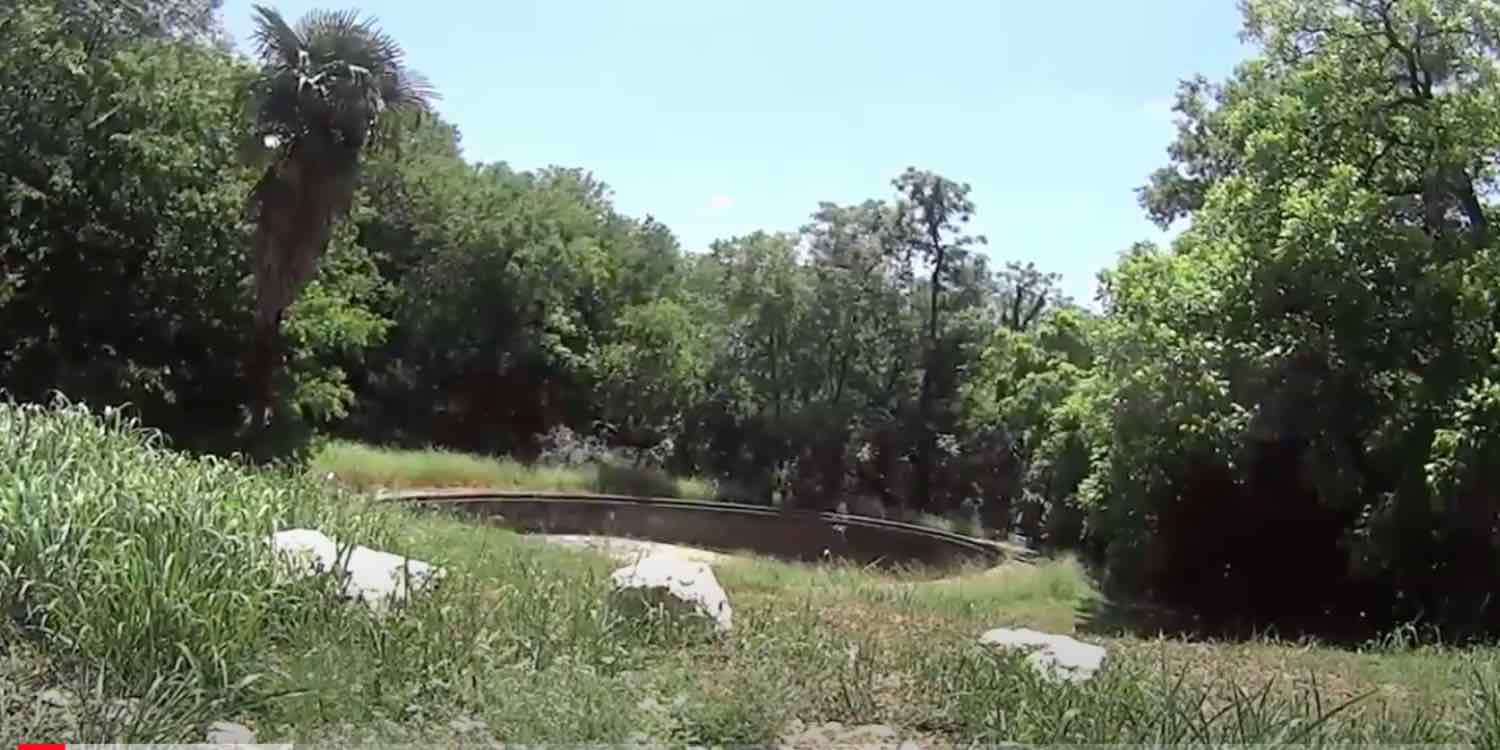 Pletz County Park: In 1867, Afro-American soldiers—named "Buffalo Soldiers" by American Native tribes—were trained in the U.S. Army to support America's westward expansion. A statute to commemorate their efforts was erected at Pletz County Park. The trail runs on the park's east end.

Red Berry Mansion: Even though it requires a detour to reach this venue, it is worth mentioning. Virgil Edward "Red" Berry served in the Texas House of Representatives and Texas Senate during the 1960s. He got his fame from running illicit casinos in San Antonio from the 1930s through 1950s. After serving as a machinist for the Union Pacific Railroad, the Arkansas native arrived San Antonio and opened his gaming operations. The mansion is located across the creek from the KOA campground. (Exit to Belgium Lane, turn left, and then turn left on Gembler Road. After crossing over Salado Creek, turn right into Berry Estate subdivision.) 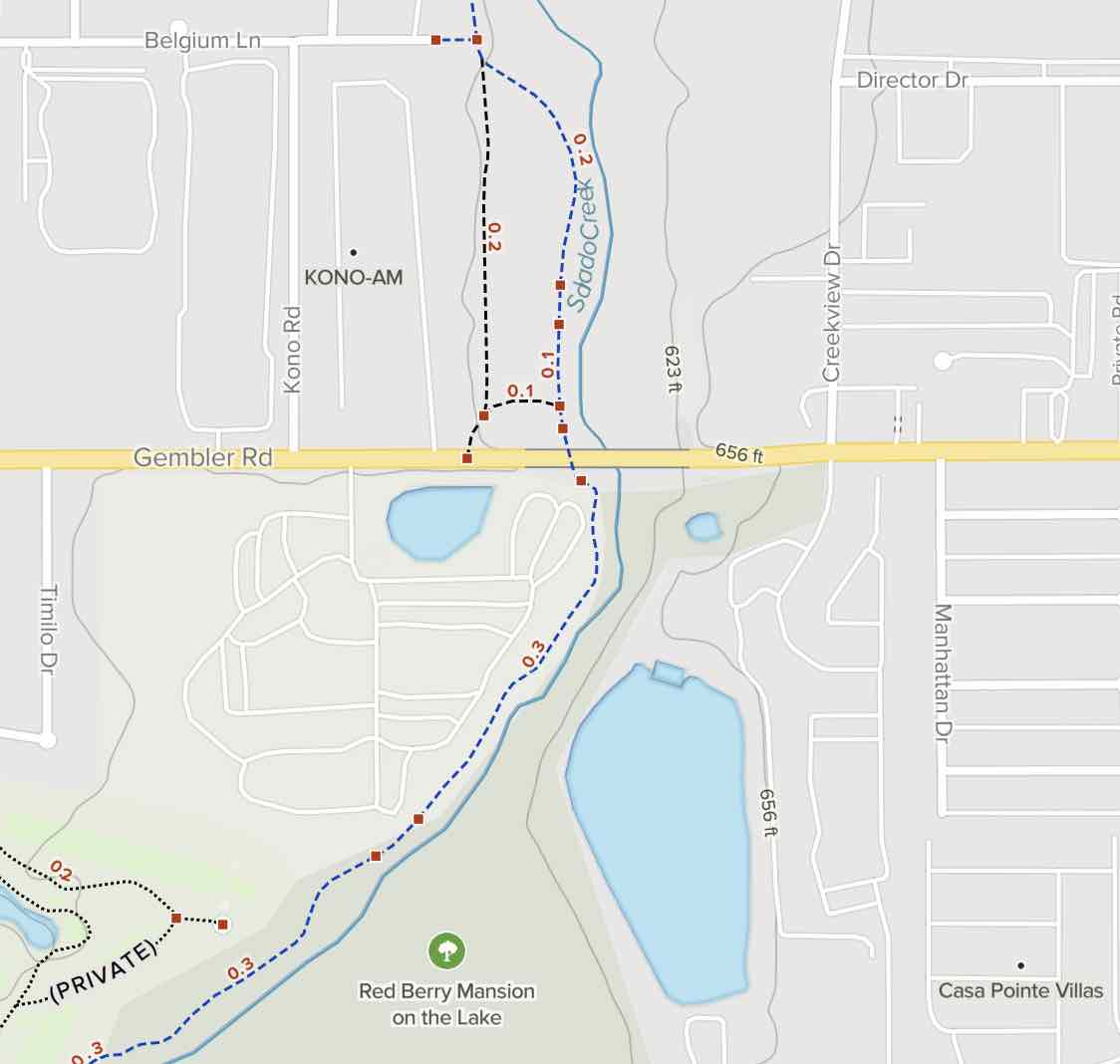 Southside Lions Park: The trail runs through Southside Lions Park, a 600-acre tract that was purchased by the City of San Antonio from the George W. Brackenridge Estate in 1944 and 1964. The park provides multiple entities for swimming, tennis, fitness, fishing, running, and cycling. For the cyclists, the park provides an observation deck in the western sector of the park that raises above the terrain at 700 feet (213 m). The riders must be fit to endure the ascent. 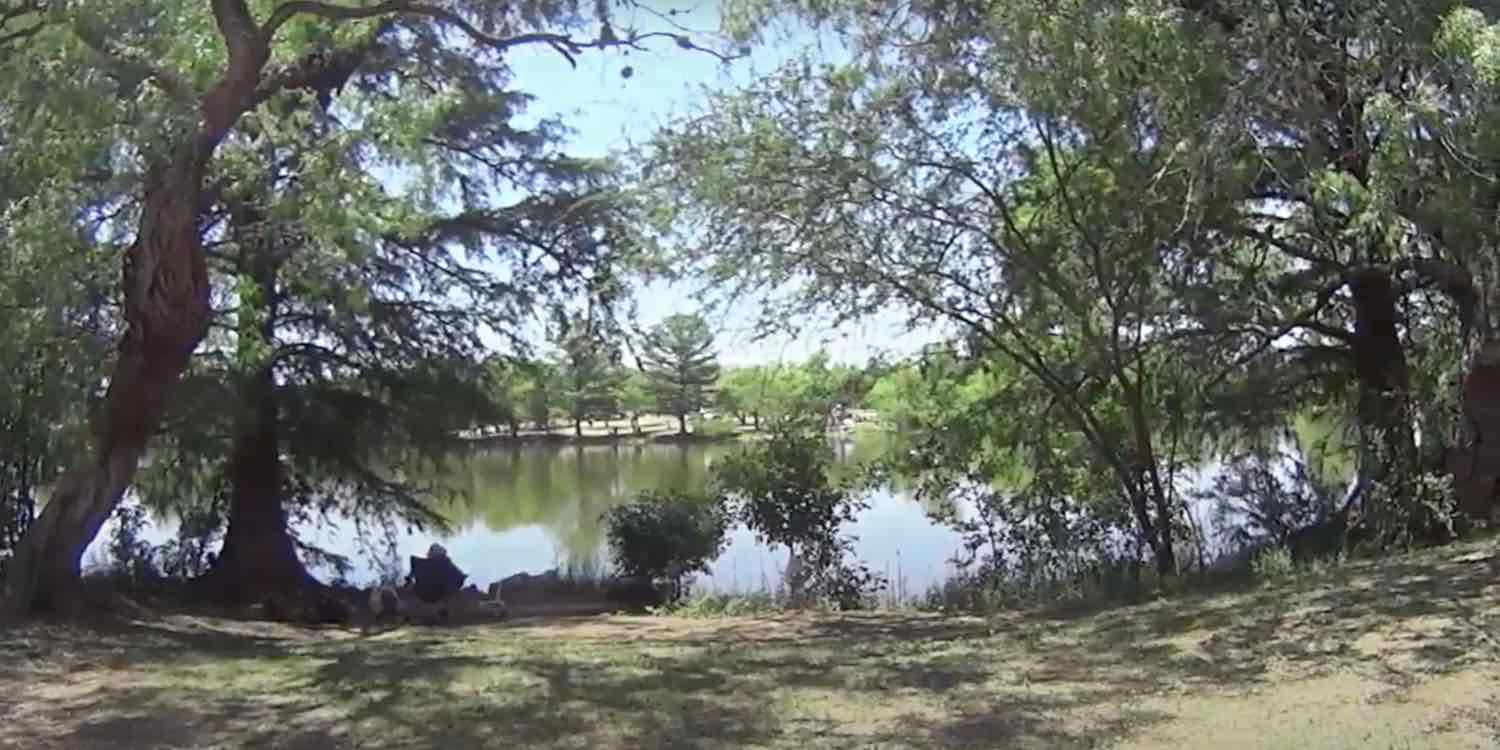 Pecan Valley Golf Course: When the trail is completed, it will traverse through the defunct Pecan Valley Golf Course, the site of the PGA Championship in 1968, won by 48-year-old Julius Boros, his third major title. The tournament was televised on ABC. Designed by J. Press Maxwell, the golf course opened in 1963 and closed in January 2012. There have been talks about converting it to a par-3 course for those with disabilities.

Brooks Park: The trail is to be expanded to connect Brooks Park via an underground tunnel that runs under the I-37 expressway. The area is known historically as Brooks AFB which later became Brooks City-Base. Originally, the venue was one of 32 U.S. Army Air Corps training facilities, established in 1918.

The trail is to be connected to the Mission Reach trail, a system that is operated by the San Antonio River Authority. 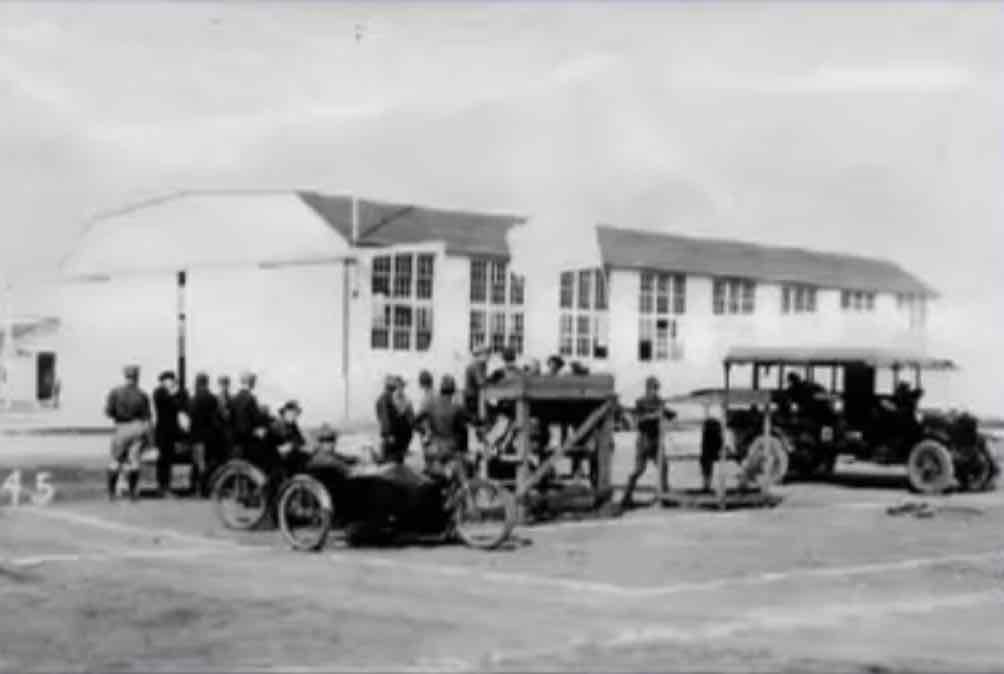