SRR ceases all reporting due to lack of interest 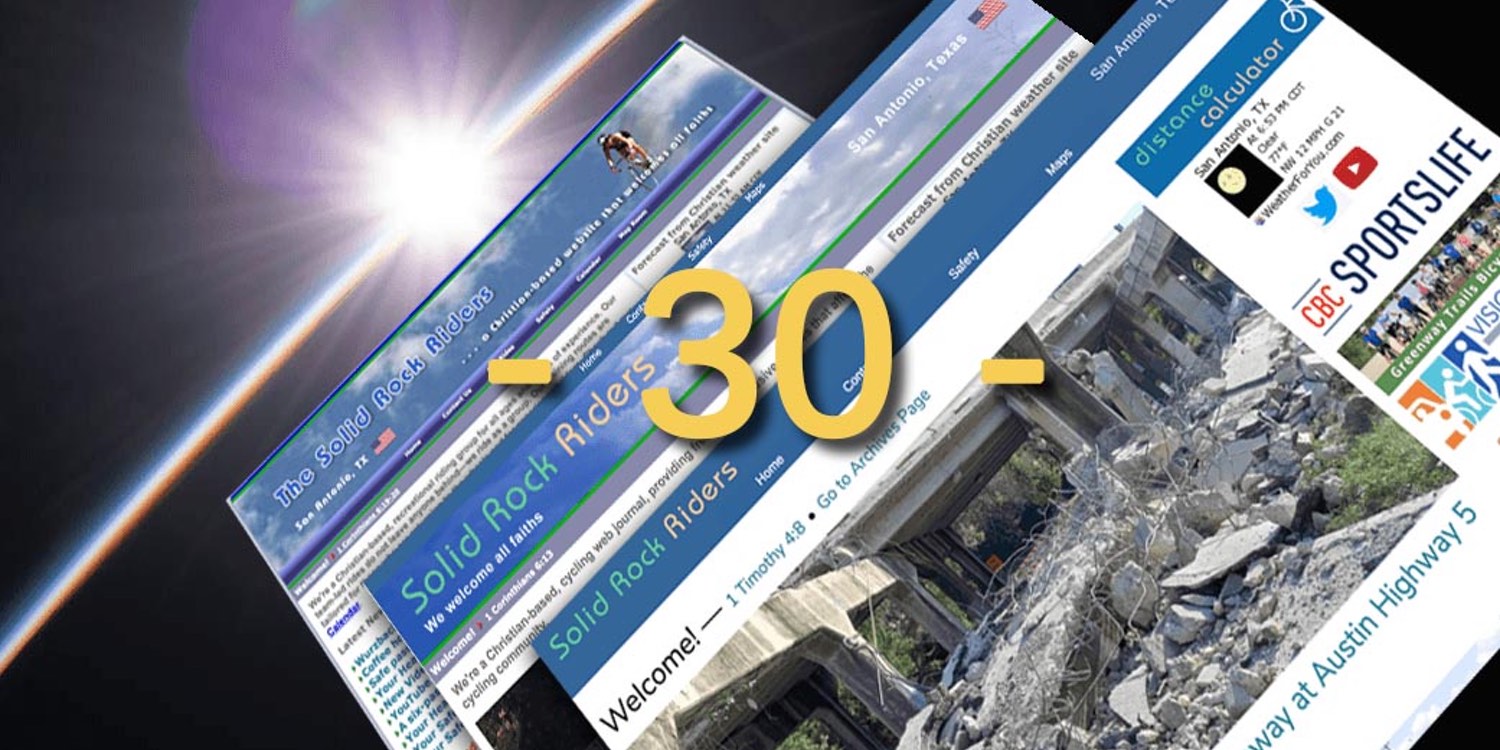 The 30 indicates end-of-reporting for Solid Rock Riders due to lack of interest—Graphics: SRR

A cyber-journal that aimed at serving the cycling community since 2007, SolidRockRiders.com ended its reporting today. The reason: lack of interest. Let's take a look at some analytics. The recent posting, "Boardwalk on Salado - North is open" was released on 03 Nov 2022; it received only 69 unique visitors at a rate 8.63 hits per day. That is pathetic. What was touted as a great idea was the Distance Calculator which provided distances in miles and kilometers between trailheads on all of the major trails was created on 29 Jul 2021. It received only 1,350 hits over 470 days, a horrific rate of only 2.87 hits per day. This should be at a minimum of 100 hits per day.

In October 2021, the site lost about 70% of its readership as a result of only one mishap: it was reported that the Medina River Trail had been re-opened after storm damage repairs. A ride group that relied on this website was met with gates that indicated that the trail remained closed. As we all know, websites are very sensitive and must provide up-to-date and accurate material in order to retain readership. Once readers encounter discrepancies, they will not return.

It was Spring 2007—a cycling group was organized at San Pedro Presbyterian Church and that's when this website was created. A cyclist suggested Solid Rock Riders for the group name, naming it after the congregation's contemporary choir named Solid Rock Singers. It was catchy; however, the group disbanded by Summer. The website was taken down not long afterwards.

By 2018, news reporting of the latest events of the Howard W. Peak Greenway Trails System began. By the end of 2018, due diligence was applied to make the website ADA compliant. 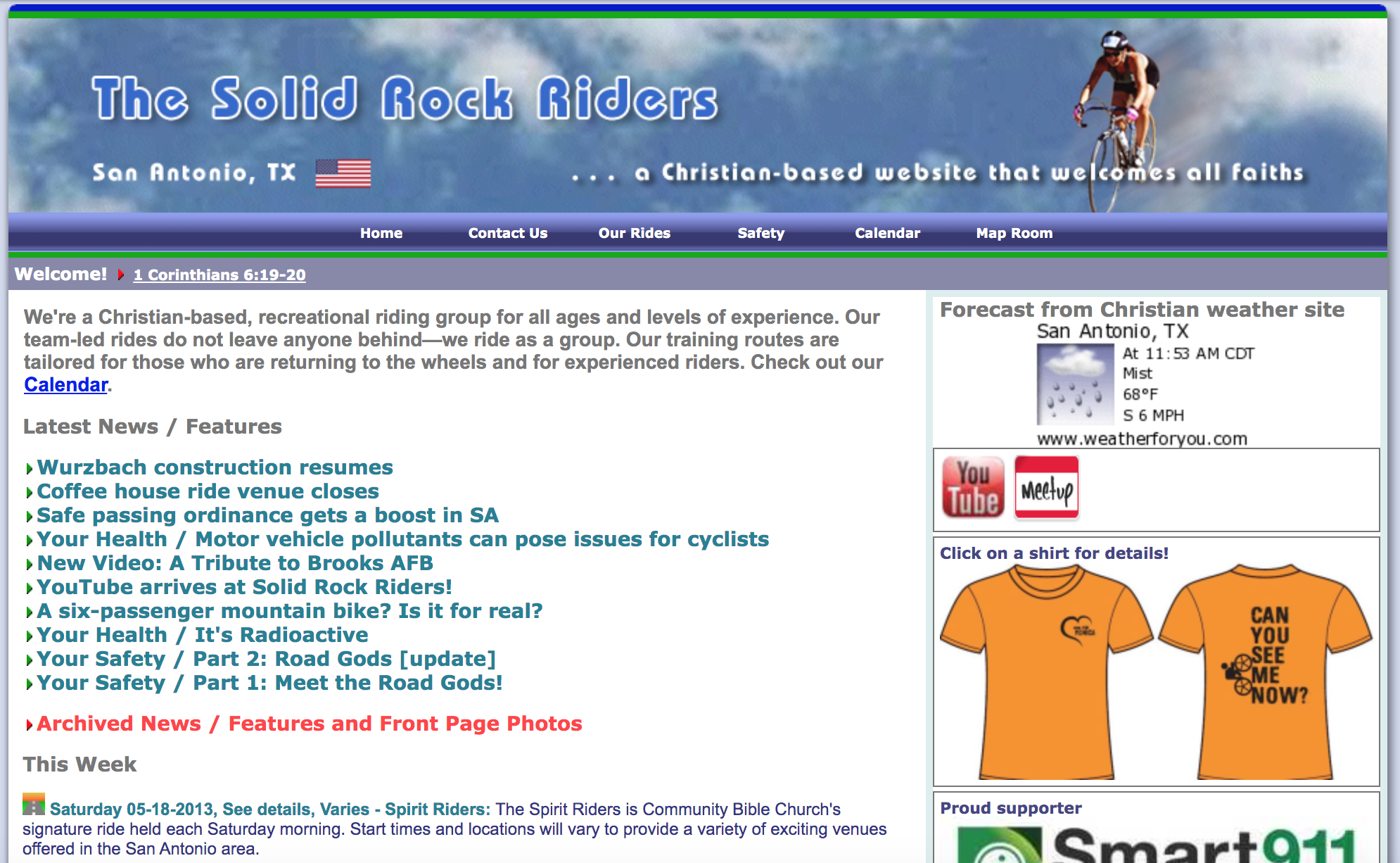 Snapshot of early SRR page in 2013—Graphics: SRR
More Articles | Go to Archives Page
Home | Accessibility | Contact Us | Safety | Map Room | Legal
This website belongs to Jesus Christ Our Savior. If you have any questions or comments, please choose Contact Us