After an effort to determine the fate of the greenway trails during the Loop 1604 expansion, Jennifer Serold, public information officer for TxDOT, released the engineering drawing of the Leon Creek Greenway under Loop 1604. Serold said earlier, "During Segment 1 of the project, we do not have any foreseeable closures that would affect access to the greenways. When we begin work in the Leon Creek Greenway area, we will be closing the existing sidewalk underneath LP 1604; however, we will be providing a pedestrian path adjacent with safety fencing." We can expect this to also be applied to the Salado Creek Greenway that runs from the Loop 1604 Trailhead to Eisenhower Park. 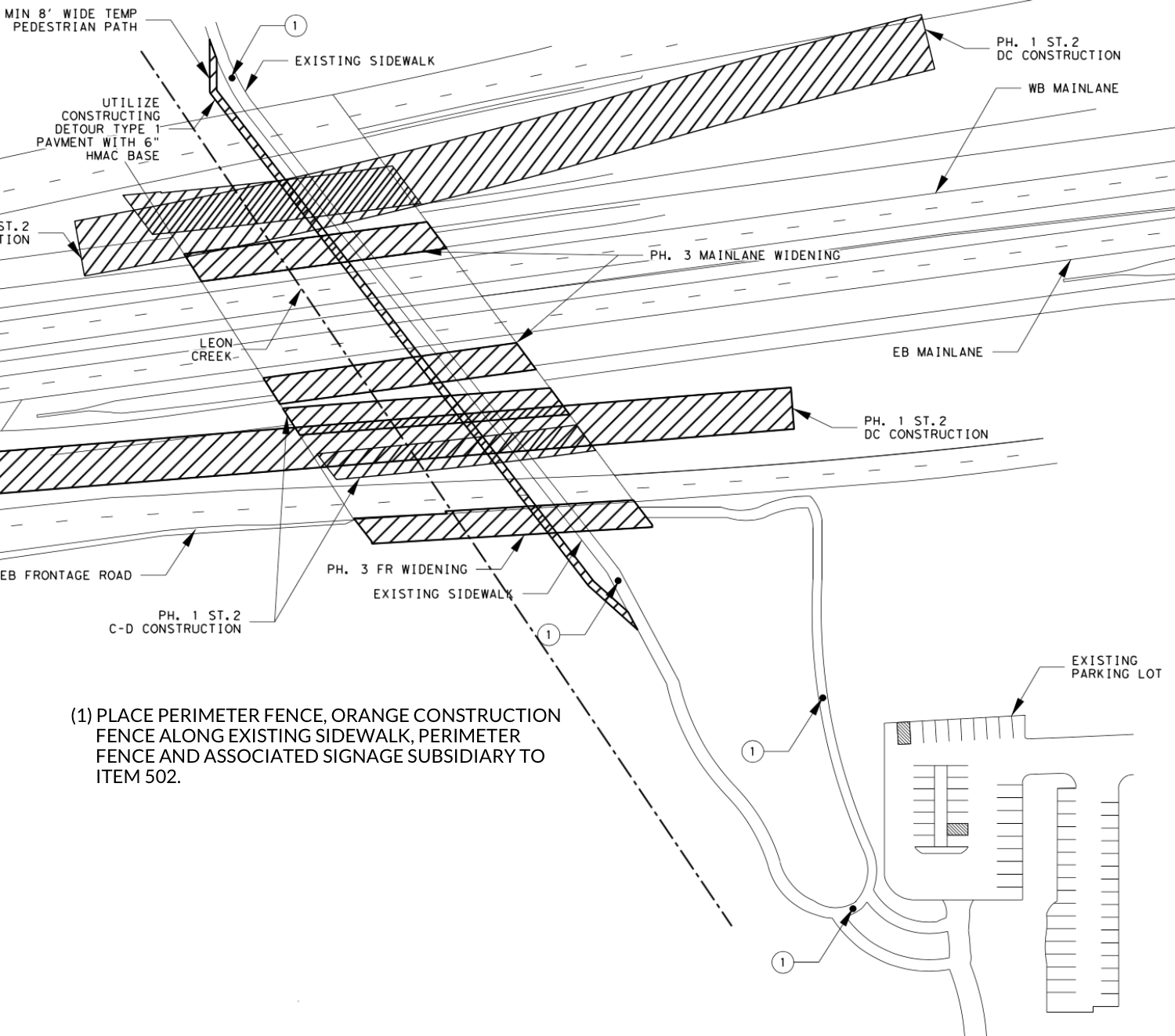 Engineering drawing of the detour for the Leon Creek Greenway under Loop 1604 - Look for slashed pathways—Drawing: TxDOT

Serold said that Salado Creek is under Segment 3 which will get underway later this year or early next year. She said that she will release the schematics once construction gets underway.

An inquiry was made about the time when beams are lowered into place, will the trails be temporarily closed during that time? Based on historic facts, TxDOT had been known to outright closedown greenway trails near their construction sites. That was the case during the I-410 expansion when the Leon Greenway was shut down shortly after it was constructed to connect Southwest Military Drive. It was hoped that the Loop 1604 expansion would not be the case. 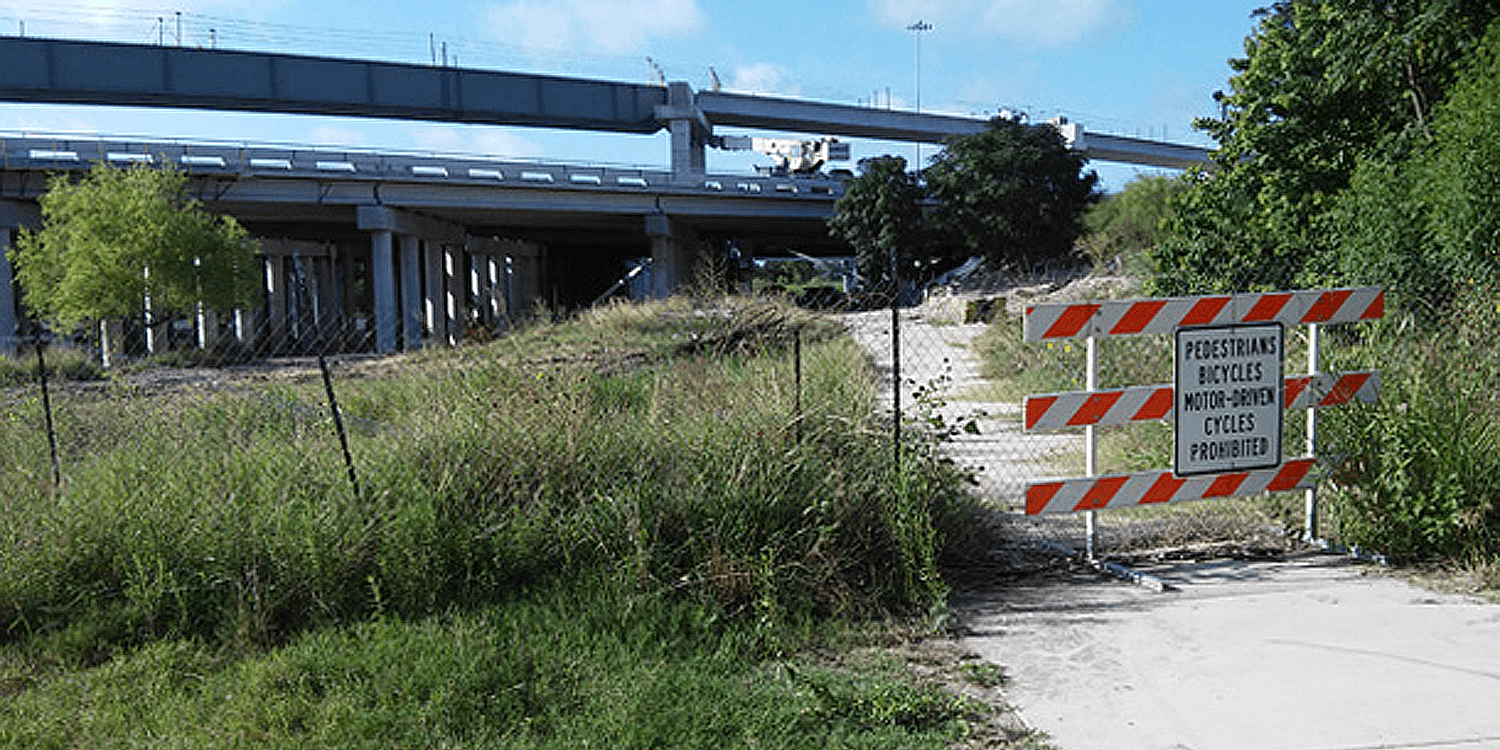 End of Leon Creek during construction in 2017—Photo: SRR

Work had already begun on the Loop 1604 expansion between Bandera Road and W. Hausman Road. Support columns are under construction in that area. The Texas Department of Transportation known as TxDOT plans to add 10 lanes to approximately 23 miles (37 km) of the Anderson Loop—1604. This will cause interruption of service on the Howard W. Peak Greenway Trails.

The project has three segments that will impact the trails:

There are two other segments—US 281 to Redland and Redland to I-35; however, they are unfunded according to TxDOT's website.

TxDOT announced that on 28 Aug 2021, SH 16 (Bandera) to I-10 will have alternating lane and frontage road closures in both directions for barrier installation.

Maps from TxDOT were captured and superimposed with the greenway trails using data from AllTrails.com. 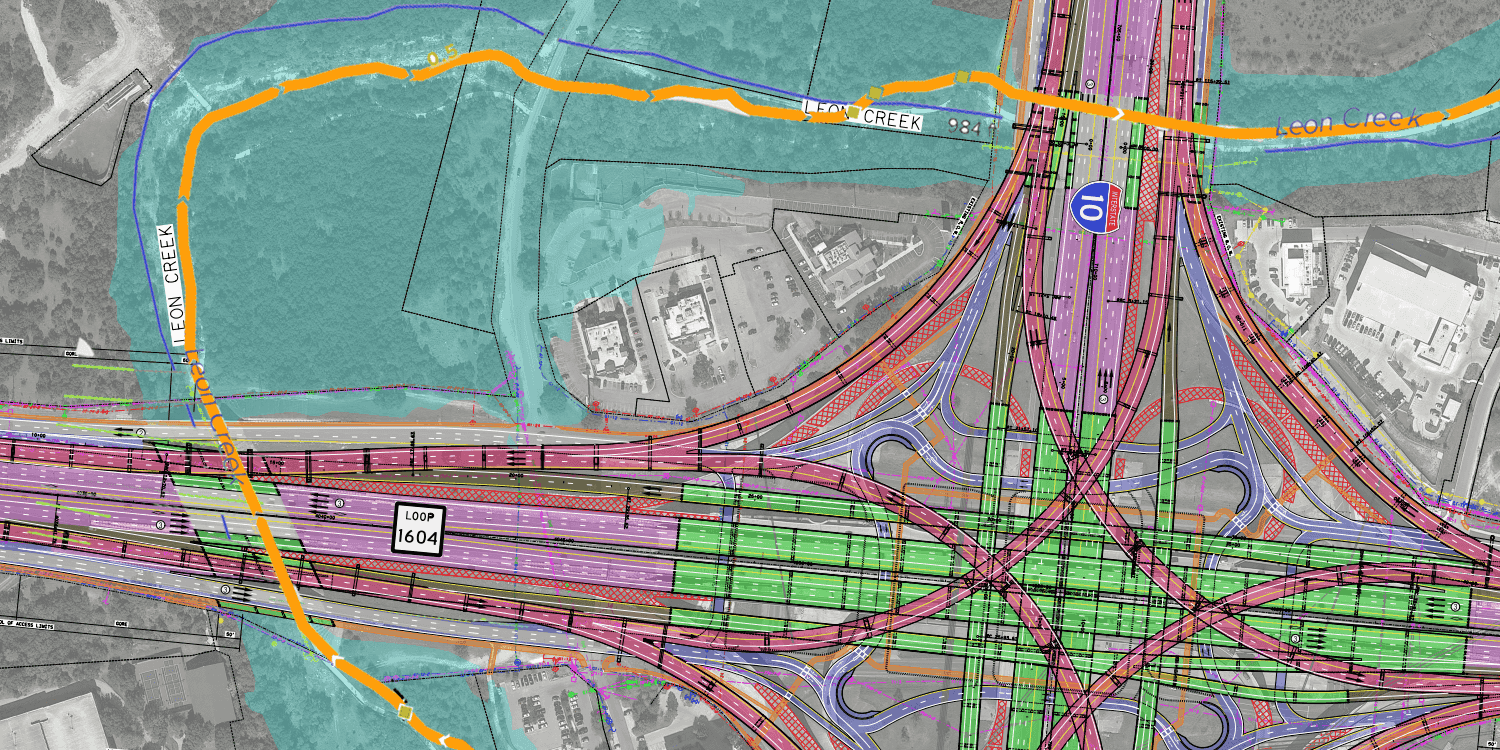 Based on this finding for Leon Creek Greenway, the Old Fredericksburg Road Trailhead, recently constructed, and La Cantera Trailhead will be affected. Brandon Ross, the Greenway Trails Project Manager for Parks and Recreation, said that the Marquis Trailhead will also be affected due to the elevation change of the driveway. This leaves behind the next trailhead, The Rim. Cyclists will more than likely be met with barricades (with possible detours) between I-10 and Vance Jackson, the location of The Rim Trailhead. 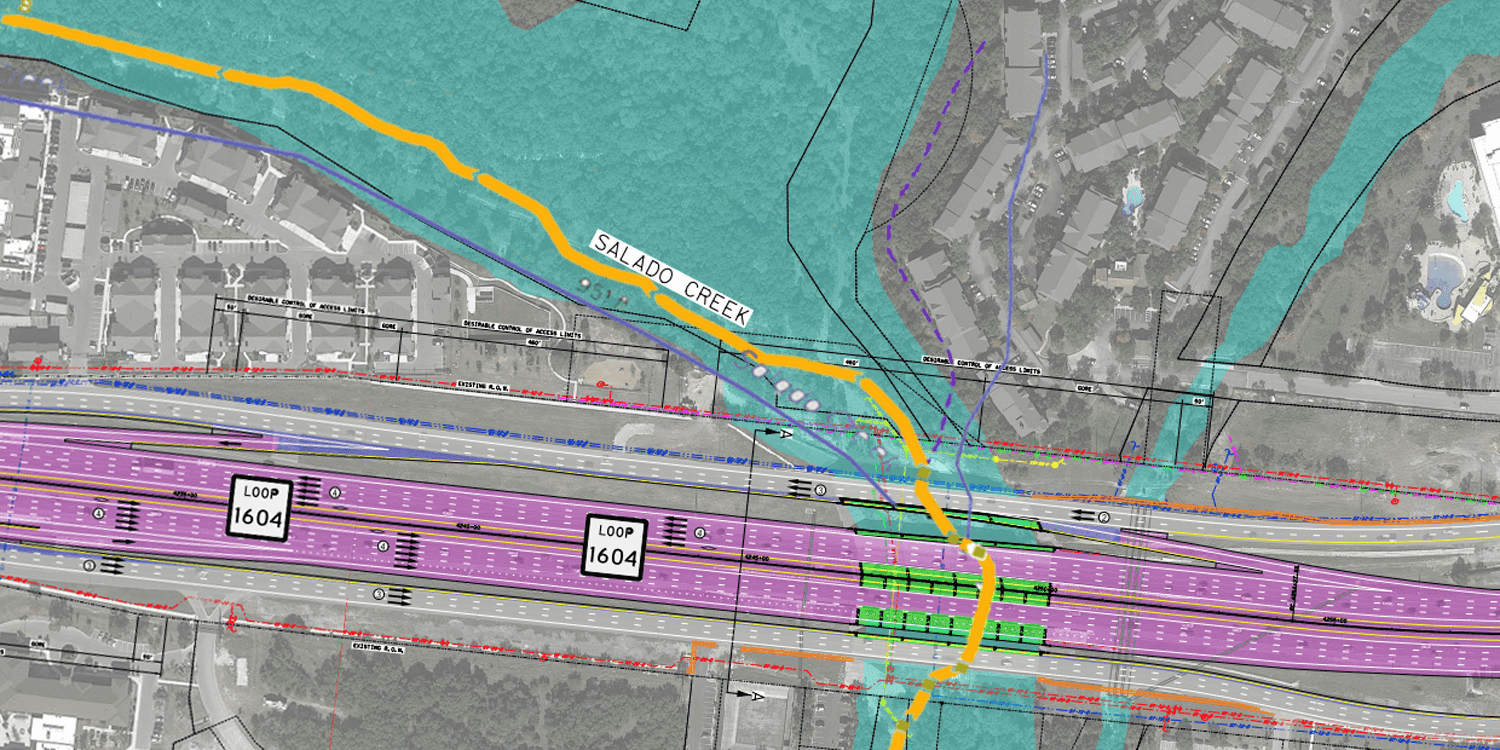 The $1 billion dollar expansion includes the adding of two more traffic lanes and two multi-modal lanes on both sides. In addition, there will be high-occupancy vehicle lanes in each direction. As part of the plan, the old-fashioned cloverleaf interchange will be replaced with a five-level, direct connect interchange or mixmaster. As stated on TxDOT's website, "The Loop 1604 Expansion Project involves several transportation improvements that are designed to improve mobility, reduce congestion, and enhance safety along the high-traveled corridor."