In the wake of an alleged drunk driver taking the life of Beatrice Gonzalez, 43, of San Antonio on April 9, the cycling community raised the bar pressuring local officials to do more for bicycle safety on the streets.

Within a week of the Gonzales tragedy, a cyclist was shot by a bypasser in the Tobin Hills District. In October 2020, Juan Garcia was fatally struck by a pickup truck on a residential street. Two years ago, the cyclists cited the deaths of two prominent persons, Tito Bradshaw, 35, and Dr. Naji Kayruz, 58. 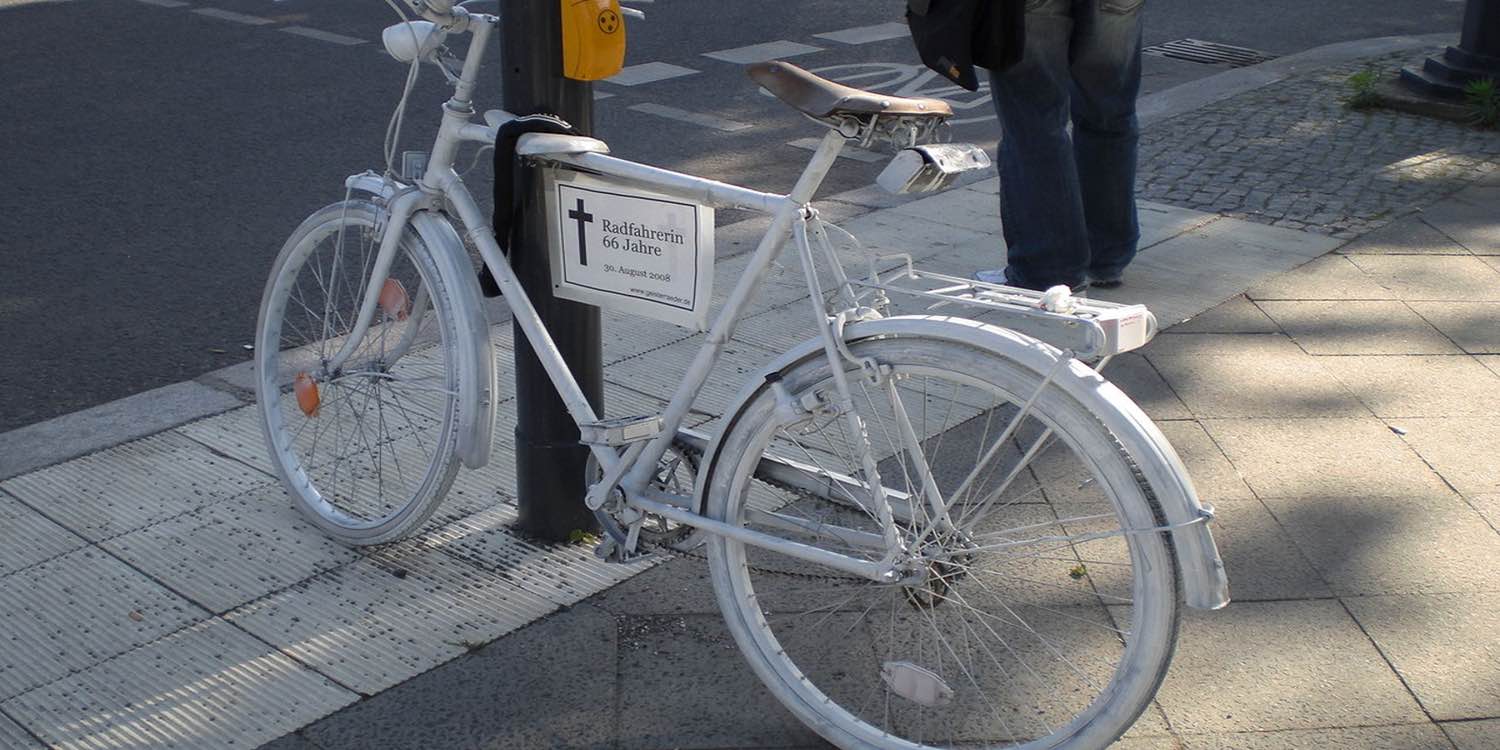 A white-painted bicycle designated as a ghost bike marks the location of where a cyclist was killed—Photo: Bukk, Berlin, Germany

So—what gives? According to data from the U.S. Department of Transportation (DOT) Fatality Analysis Reporting System (FARS), San Antonio is ranked as the 16th most dangerous U.S. city for cycling. Based on SA's population of 1.4-million, the fatality rate is 2.2 per one million residents. Cape Coral, FL is ranked as the most dangerous with a rate of 5.8 per million and Abilene, TX is second with a rate of 10.2 per million. Another Texas city that hit the bad list is Arlington, ranked 13th with a rate of 2.6 per million—not much difference with SA. The DOT study showed that the worst states for cycling fatalities (41%) in the U.S. are Texas, California, and Florida.

Not only is this a problem in the U.S., but it is also a problem throughout the planet—especially in those places where the bicycle is the only mode of transportation for people who cannot afford a car. That's the case in San Antonio with some folks who risk their lives every day. As noted by a ride leader recently, there are two types of cyclists: recreational and commuter. The recreational riders have choices of where to ride; the commuters do not.

Occasionally, ghost bikes popped up at crash sites. The first time a ghost bike was recorded was 2003 in St. Louis, Missouri. An attached sign read, "Cyclist struck here." Ghost bikes are seen throughout the U.S. and other parts of the globe.

So—what's the solution for authorities?

In heavy traffic areas, add additional lanes to the greenways and provide separate lanes for cyclists and those on foot.

Enforce traffic laws. This includes safe passing. Some motorists chose to not support this. Quite often, cyclists have seen truck mirrors flying past as close as a foot or two (40 to 60 cm)—too close for comfort. On the other hand, enforce laws for cyclists. Cyclists have been known to blow through stop signs and not use hand signals on turns.

For the bike lanes on the roads, provide the proper maintenance. This includes adequate lighting, signage, clearly-marked lanes, and keeping it free from broken glass. Launch an awareness campaign that promotes paved roadways are for everyone—motorists, bicyclists, runners, and walkers.

Regarding the shooting, implement tougher gun laws (recent news reports reflected that President Joseph Biden is pushing for gun reform. So far, he received no cooperation from some members of Congress).

What can the cyclists do to help?

Follow the laws; check out these links from the State of Texas:

Ride the greenway trails. Even though it's not 100% safe, it's safer than the roads.

See related article: Take the safe route: start your ride on the trails—not the roads.

Equip your bike with a bike cam—likewise to what motorists have done with dash cams. Recorded incidents can hold up in court should you encounter hostile motorists or motorists breaking the law.

Wear bright-color attire such a Fluorescent orange. The brighter the better.

Install lights front and aft. This will improve your visibility.

Ride with other riders—the more the better (realizing that there are no guarantees).

What are the odds of dying in a bike crash?

According to data from the National Safety Council, the odds of dying from a bicycle crash are 1 and 3825. For a motor vehicle crash, 1 and 107, a terribly high probability. The bottom line: we all can realize that nothing is 100% safe.