Acequia provides cyclists a look back at New Spain's ingenuity 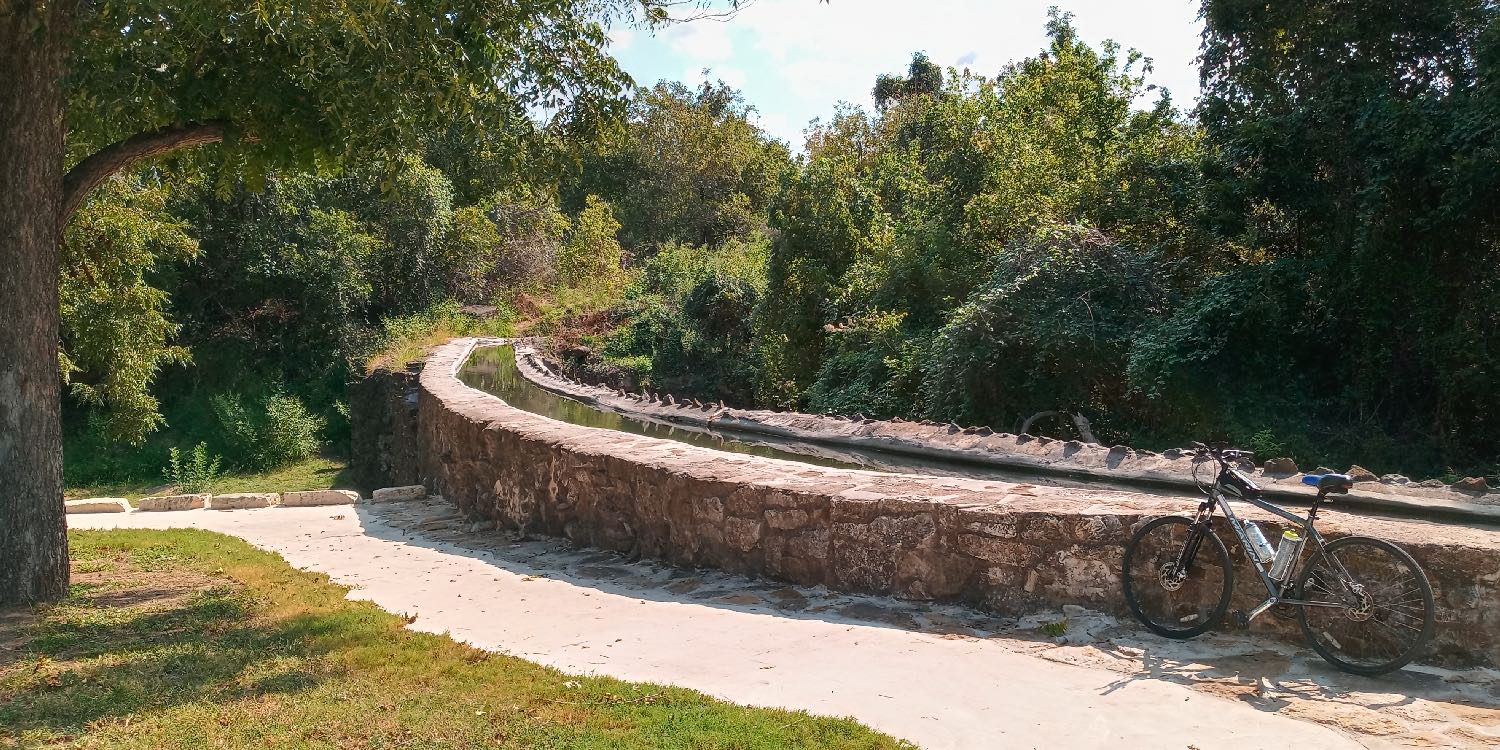 An acequia is a community-operated watercourse used in Spanish colonies for irrigation. In San Antonio, it was the missions' need for irrigation for the crops that necessitated an elaborate system of acequias, or irrigation ditches, to channel water. Around 1718, the Spanish under New Spain constructed seven acequias, five dams, and an aqueduct, using American Indian workers. The term acequia is derived from the Arabic word al-saqia, or ditch, illustrating the technology’s Middle Eastern origins. 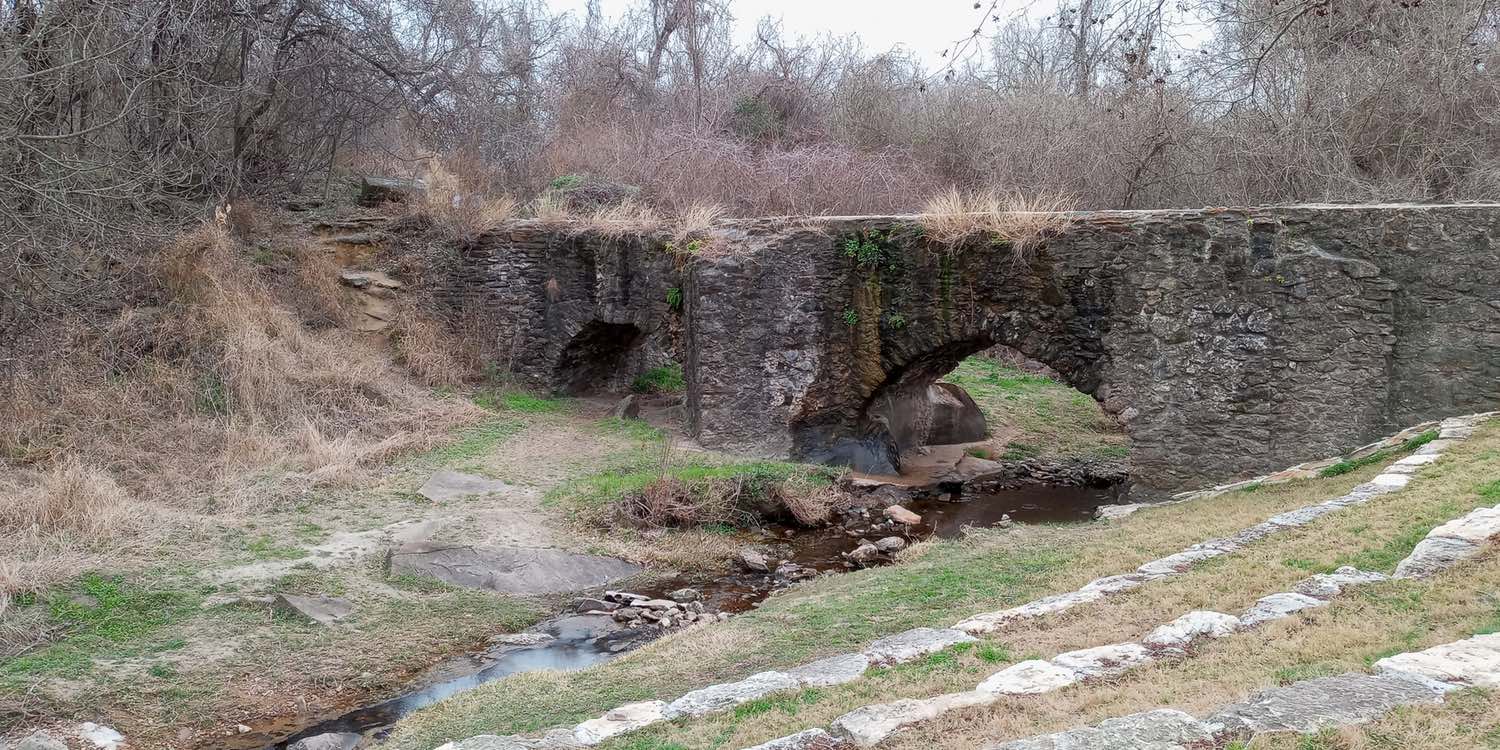 The acequia was constructed in 1745 by Franciscans to serve the mission lands of Espada. It is the only remaining Spanish acequias in the United States.

The system began on the east side of the San Antonio River with a dam spanning across from Mission San José and a channel running approximately 3 miles (4.8 km) south. It parallels a segment of the Mission Reach Trail south of Mission Road and turns to the west where it crosses over Sixmile Creek on an aqueduct. As the oldest Water Right in the state of Texas, it irrigates fields near Mission San Francisco de Espada. Water was restored to the acequia in late 2011.

Map at the venue shows the aqueduct flowing from its original dam to the crops—Map: NPS

Where to See the Aqueduct

As a part of the San Antonio Missions National Historical Park, a World Heritage Site, the historic aqueduct over Sixmile Creek is located south of Mission Road and just east of the south end of runway 32 of Stinson Airport. To get there by bike, look for the cutoff from the Mission Reach trail, located just south of Mission Road. The area has a parking lot that is connected to Espada Road.

Map of greenway spur to the aqueduct area—Map: AllTrails.com
More Articles | Go to Archives Page
Home | Accessibility | Contact Us | Safety | Map Room | Legal
This website belongs to Jesus Christ Our Savior. If you have any questions or comments, please choose Contact Us