On 11 Dec 2020, park officials opened the newly completed Robert L. Tobin Land Bridge as reported in the news. Cyclists have wondered: Is the land bridge open to cyclists? The answer is Yes; however, cyclists are required to walk their bikes over the bridge. The newness had brought tons of folks on foot, thus making it precarious for cyclists. We take a closer look at what to expect on the landbridge. 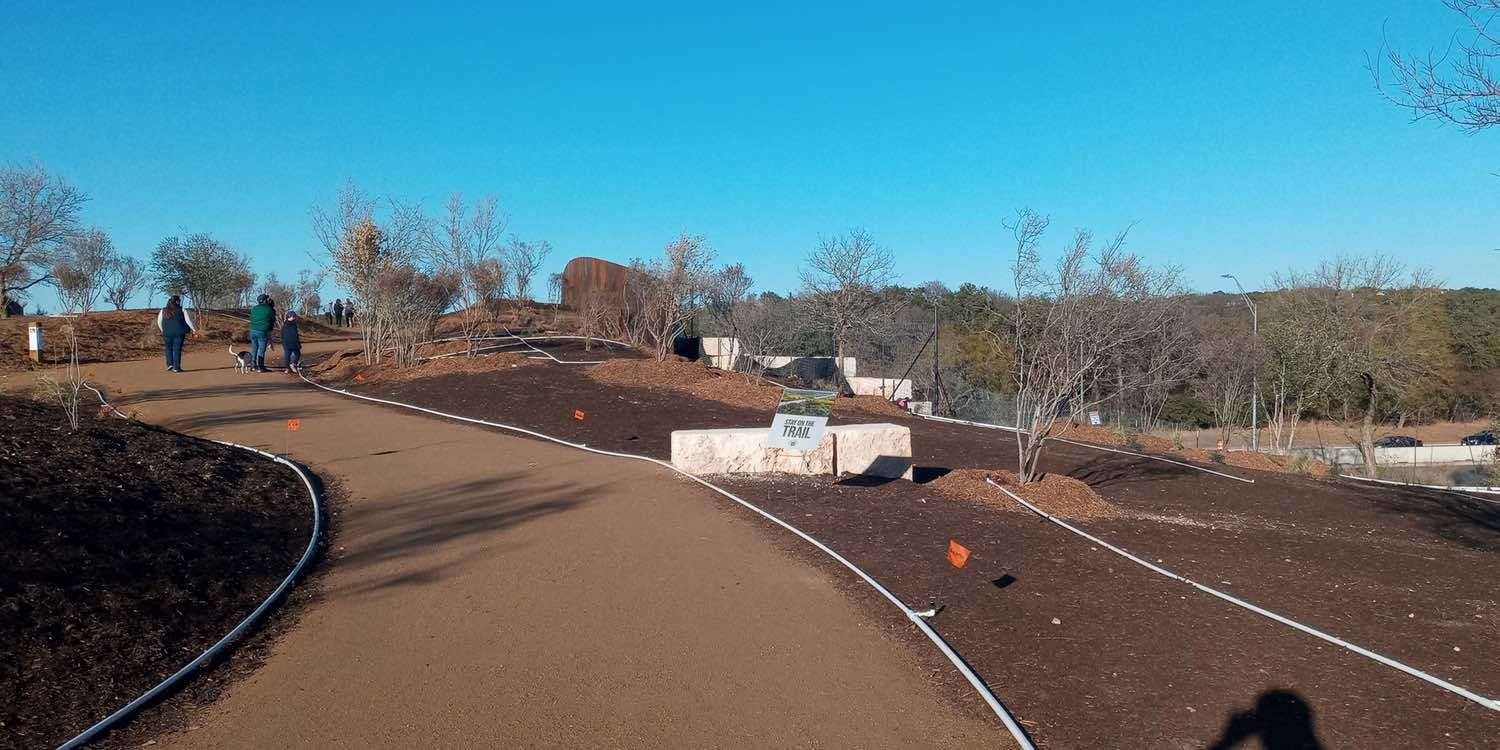 Plants and other landscaping features have been placed. A Hunter irrigation system and their next-generation MP Rotator sprinkler heads have been installed. Grass is still yet to be planted.

On the southside of Wurzbach, the bridge connects to trails that lead to the Hardburger Park Urban Ecology Center, a natural sanctuary. The UEC provides rental facilities for educational lectures, private parties, and weddings. The structure is built out of limestone and other materials that were native to the park. It is home to the Golden Age, a commissioned art gallery by San Antonio artist, Anne Wallace.

The southside trails are narrow with worn-out asphalt—not suitable for road cycling.

Land bridge at its summit—Photo: SRR

On the northside of the parkway, the bridge connects the Waterloop, a one-mile (1.6 km) a loop that connects a pavilion, a dog park, and the Voelcker Homestead Trailhead. The narrow trail is a mix of asphalt and gravel—not ideal for cycling of any kind. Near completion, the Skywalk will connect the Waterloop to the land bridge's summit. It appears that the overhead walk will not be wide enough to accommodate cyclists and walkers alike.

This project united the previously divided Phil Hardberger Park that was separated by the Wurzbach Parkway. Approximately 7.5 miles (12 km) of trails are tied together. The land bridge cost $23-million and took approximately two years to construct. An arched tunnel was constructed over the Wurzbach Parkway and dirt was applied on top. Sound barriers were installed above the tunnel portals to abate the traffic noise on the bridge crossing. It was designed to allow wildlife to move freely between the two sections of the park. 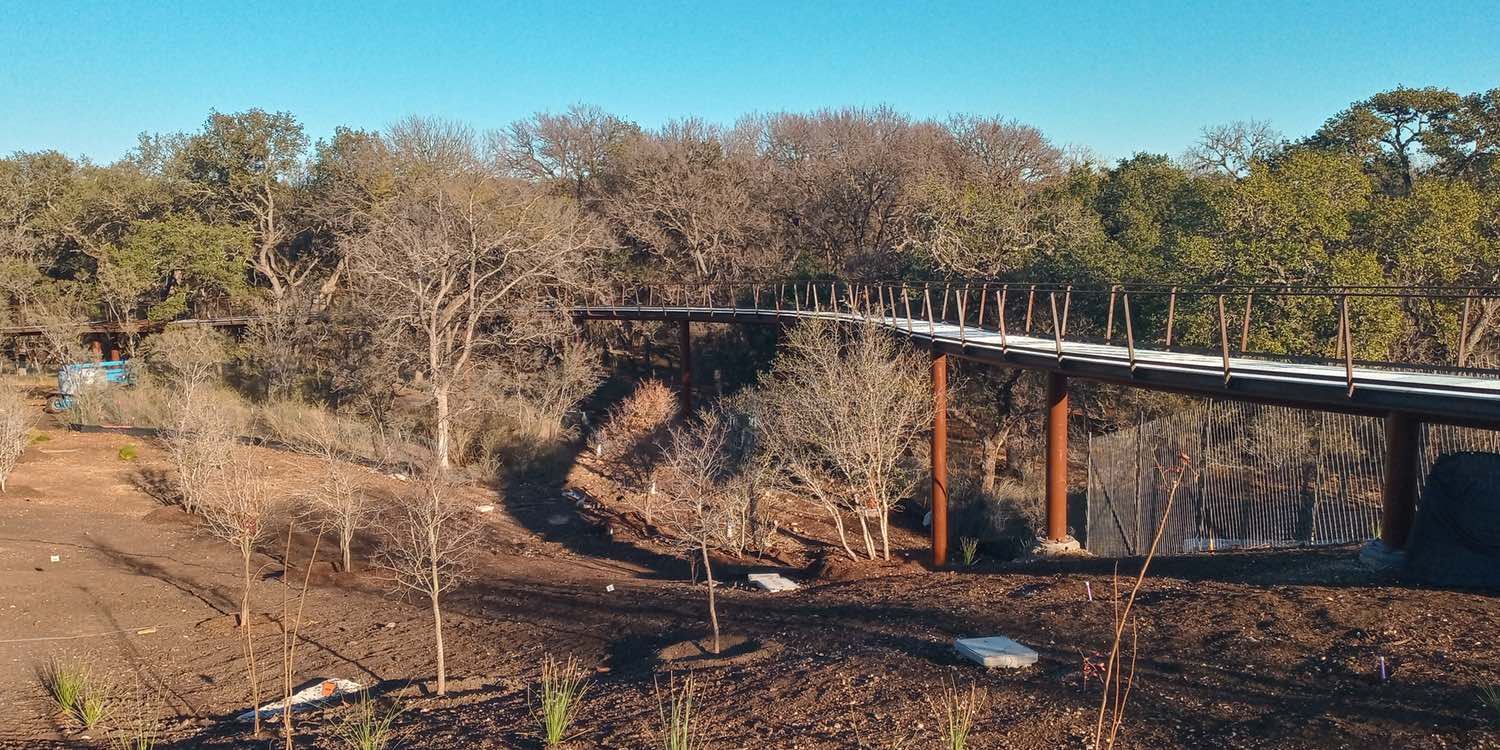