A precursor to mountain biking? It was 1968

HOUSTON—School was out for the summer of 1968 and a group of guys from Westchester High School documented their cycling fun with an archaic, wound-up 8mm camera. The silent film was shown with a stack of 45s that played the songs of the time. The scene opened on a dirt path of Buffalo Bayou in the vicinity of where Terry Hershey Park was created in 1989—21 years later. Back then, there were no mountain bikes; only the single-speed, non-derailleur types with large tires and coaster brakes. There were several popular brands back then—Schwinn, Western Flyer, AMF, Huffy. 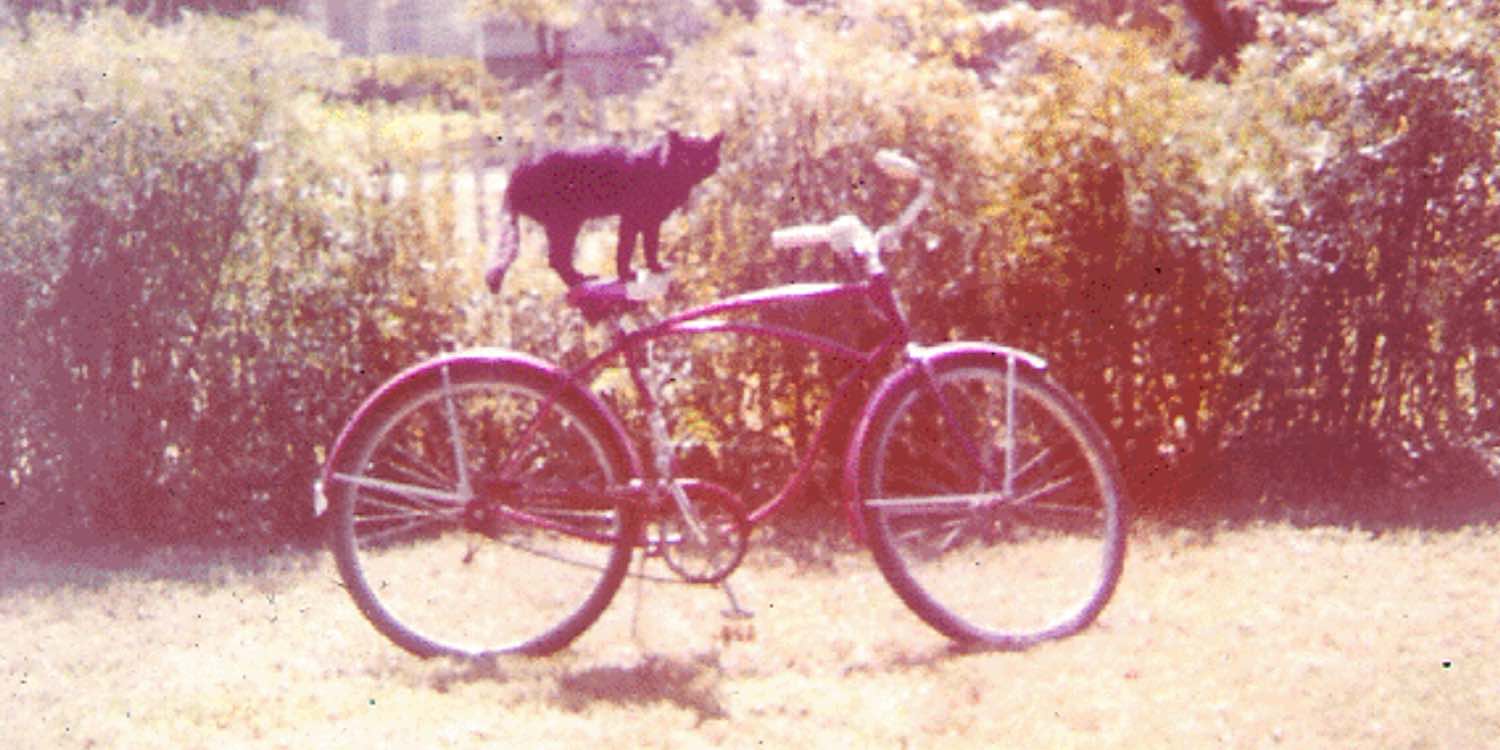 1962 Schwinn American bicycle with a cat
—taken with 620 film

Formed about 18,000 years ago, Buffalo Bayou is fed by runoff from the communities of Katy via the Addicks and Barker reservoirs. It flows 55 miles (88 km) east through the Houston Ship Channel to Galveston Bay. The Addicks and Barker reservoirs were constructed in 1938 as a means of flood control. The projects were modified in 1954 and 1965 during the time when homes were built between the bayou and Memorial Drive. It was evident that part of the modifications included dredging to help with drainage which explains the presence of mounds that provided thrill-seekers a rollercoaster ride on their bikes. The dirt trails posed a few challenges, a precursor to "mountain biking." Cycling on dirt mounds was known to be dangerous as some of the Westchester guys reported cuts and bruises from crashes. 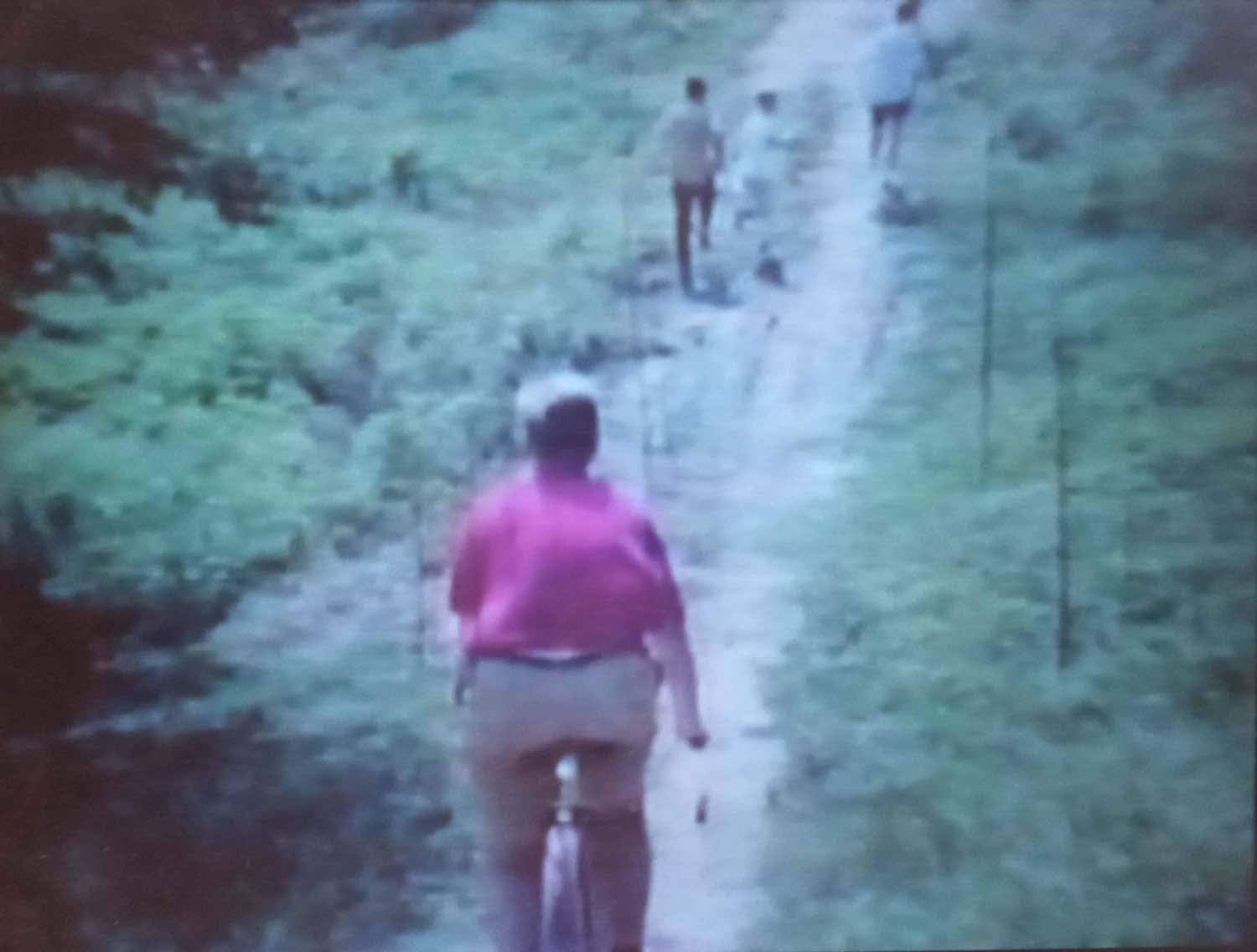 Mountain bikes per sec (MTBs) were not developed until the early 1970s. Engineered to handle rough terrain, these bikes include a suspension fork, knobby tires, heavy-duty brakes, and straight handlebars. To handle ascending steep grades, lower gear-ratios and rear suspension are featured. 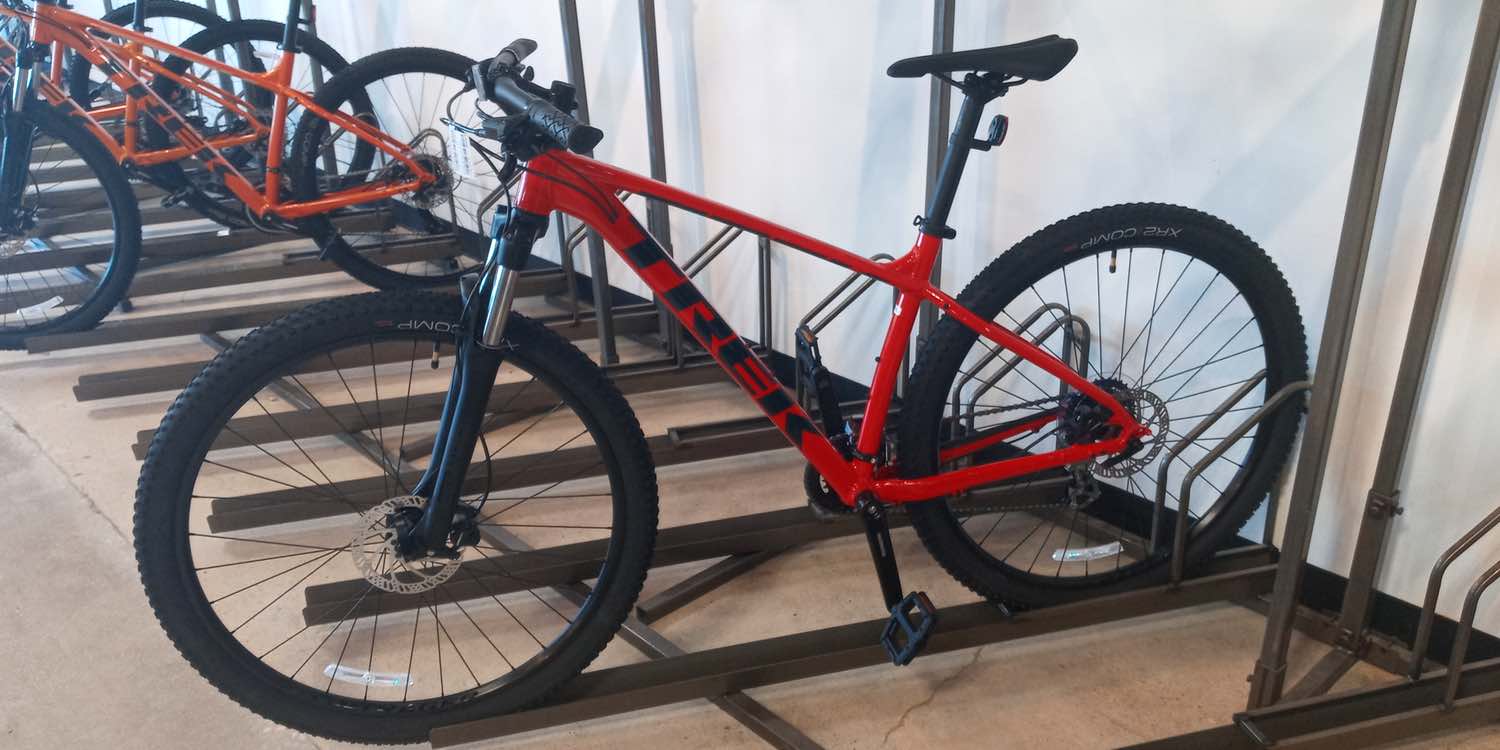 Many MTB trails have Technical Trail Features (TTFs) such as logs and roots, rocks, gaps, gardens, and wall-rides. Mountain bikes are built to handle these types of TTFs. There are MTB subtypes such as cross-country, all-mountain, and a variety of track types. Each of these types imposes various demands on the bike, requiring different designs for optimal performance.

What little did the kids from Westchester think that the area would be devastated many decades later by a hurricane, but that day came. In August 2017, the bayou system was overwhelmed when category 4 Hurricane Harvey dumped over 40 inches (1000 mm) of rain over a four-day period. Parts of fashionable homes in the Nottingham Forest district were flooded. Houston would go in the same direction as New Orleans when Katrina struck that city in 2005.

After three years have passed, the Buffalo Bayou returned to its grandeur with the Buffalo Bayou Trail, a trail that connects a trailhead at the Sam Houston Tollway at its eastern end and Barker Cypress Road in Katy at its western end, a distance of 10 miles (16 km). For the mountain bikers, the venue offers unpaved, dirt trails that are similar to what existed during the 1960s.

The park is managed by Harris County. Click https://www.pct3.com/Parks/terry-hershey-park to learn more.