They are here: feral hogs

Feral hogs have been sighted in San Antonio over the years. A cyclist reported a sighting on the Salado Creek greenway north of Loop 1604. These hogs with a binomial name of "Sus scrofa" have been given "wild hog" and "razorback" colloquialisms in the U.S. and Australia.

Another cyclist trapped a hog last month that he described as 10 feet (3 m) in length. It had torn up his shrubbery at his home in Schertz, Texas, a bedroom community located between San Antonio and New Braunfels. 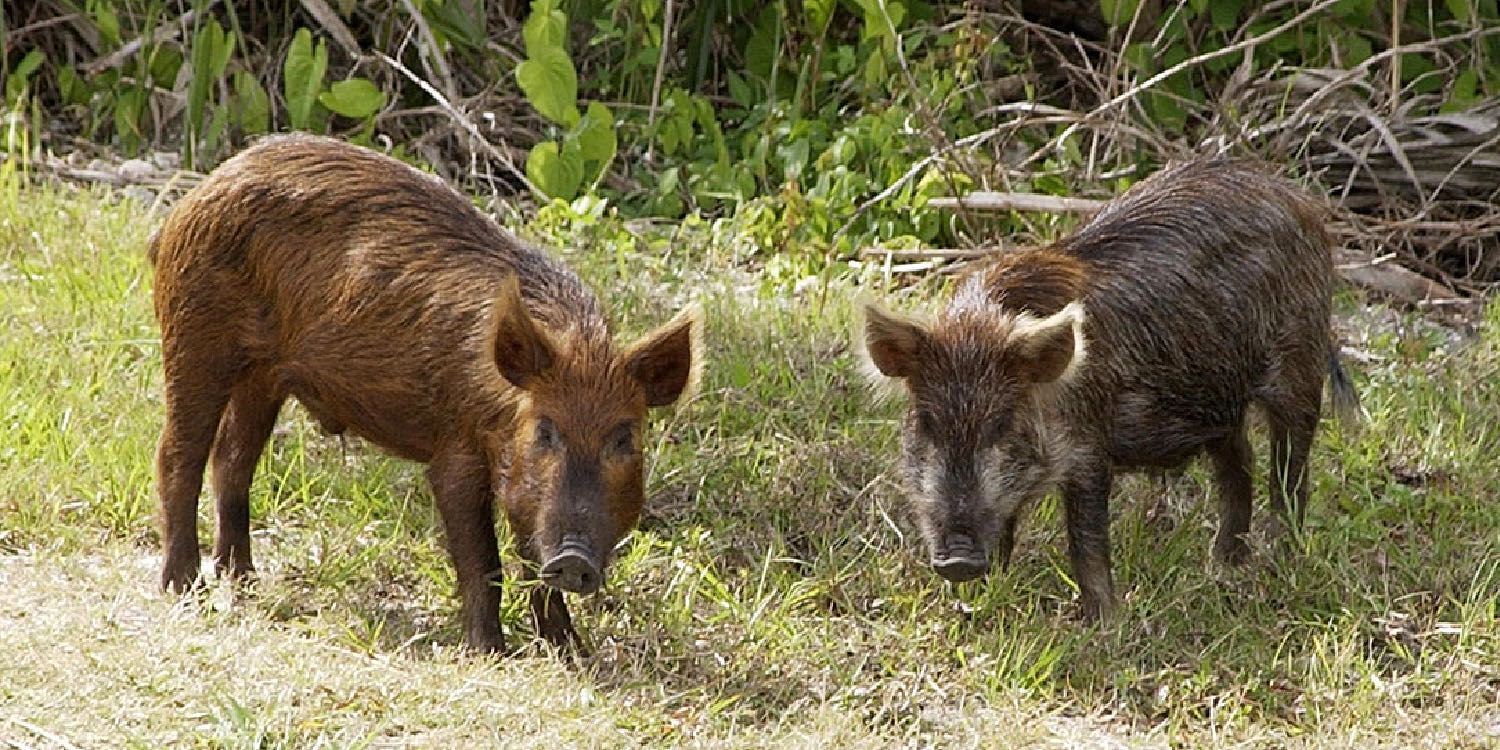 In December 2019, a wild boar was captured in a San Antonio backyard after it had terrorized people and pet hogs. Another boar was captured on the Gateway Hill Golf Course in September 2019. The golf course is part of Lackland Air Force Base in an area where Leon Creek flows through the base.

Texas is home to approximately 2.6 million feral hogs according to the USDA. That is approximately 50% of the U.S. population for these wild animals. In fact, over 3000 feral hogs have been captured in the San Antonio area over the last three years.

Released in 1984, Razorback was an Australian horror film created by Everett De Roche and based on a novel by Peter Brennan. The movie was about a gigantic wild boar that killed and devoured people in the Australian outback. That was fiction; however, what was not fiction was a wild boar killing a 59-year-old Southeast Texas woman on 24 Nov 2019. It was rare; USDA reported less than 10 persons killed by hogs since the 1880s.

The best defense should there be an encounter is distancing. If necessary, find shelter such as something to climb upon.

From a cycling viewpoint, one would ask, "Can a cyclist outrun a wild hog?" The answer is yes provided that the cyclist can accelerate rapidly to over 30 mph (50 kph), the speeds that fully-grown hogs can reach. For most cyclists, it's very unlikely.

Firearms have entered discussions as a means of defense against hogs. One ride leader suggested that a 45 caliber may stop a hog; anything below it may not penetrate the hog's heavy armored skull. It's been reported that a 22 long rifle (LR) will do the job, provided that the shot hits vital areas. The only drawback is that no cyclist will want to hoist a rifle along for a ride.