As an alternative to the greenway trails getting crowded since the outbreak of the C-19 pandemic, cyclists find that the roads of Hill Country Village and Hollywood Park provide a means of breaking away from the crowds. On the last three counts of rides through these two bergs on early Sunday mornings, no more than three motorized vehicles were encountered. In fact, cyclists and those on foot outnumbered the cars. 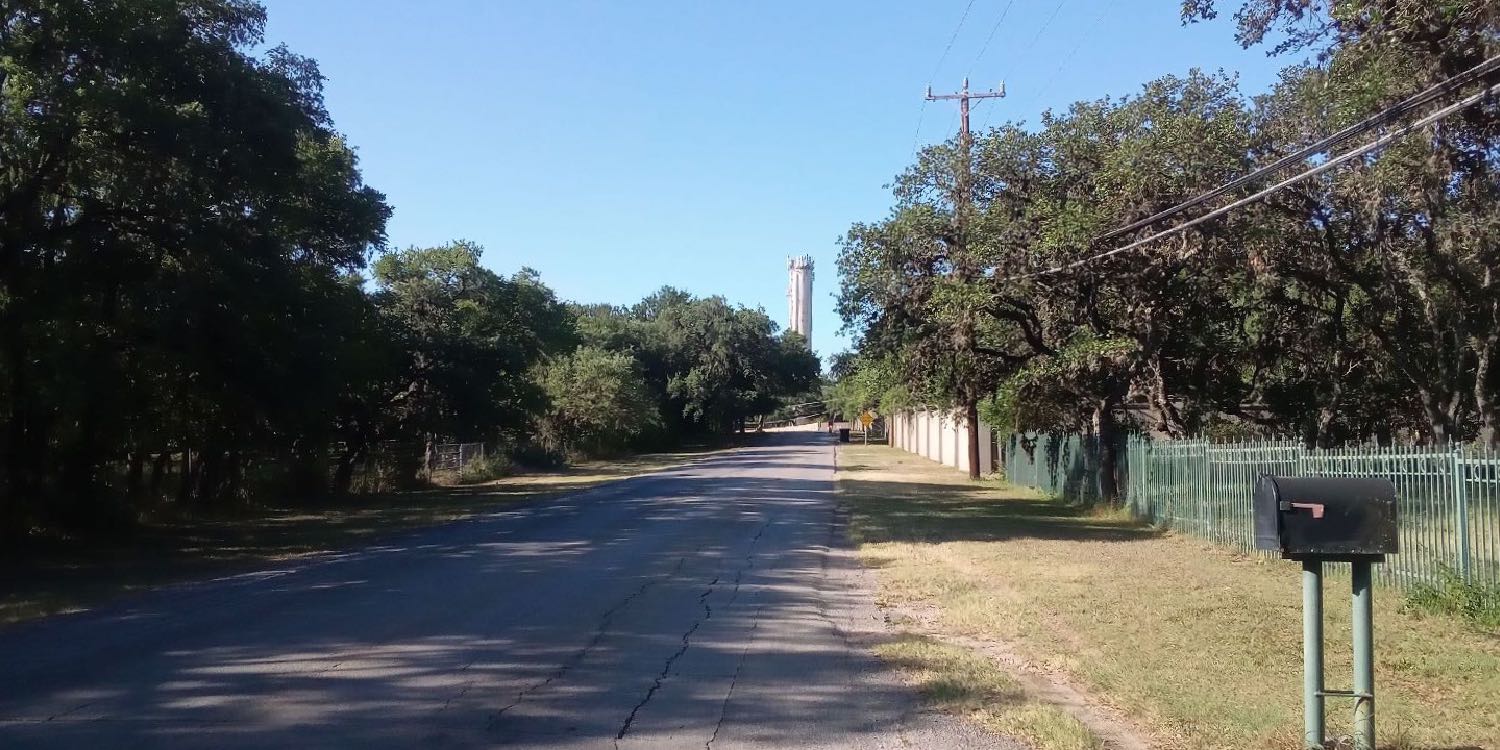 Looking south on Tower Drive, a shade-lined road with rolling hills and tall water tower in the background—Photo: SRR

The rolling hills are gentle throughout with a mix of shade and open skies. The water tower has a driveway entrance that serves as a rest stop for cyclists. 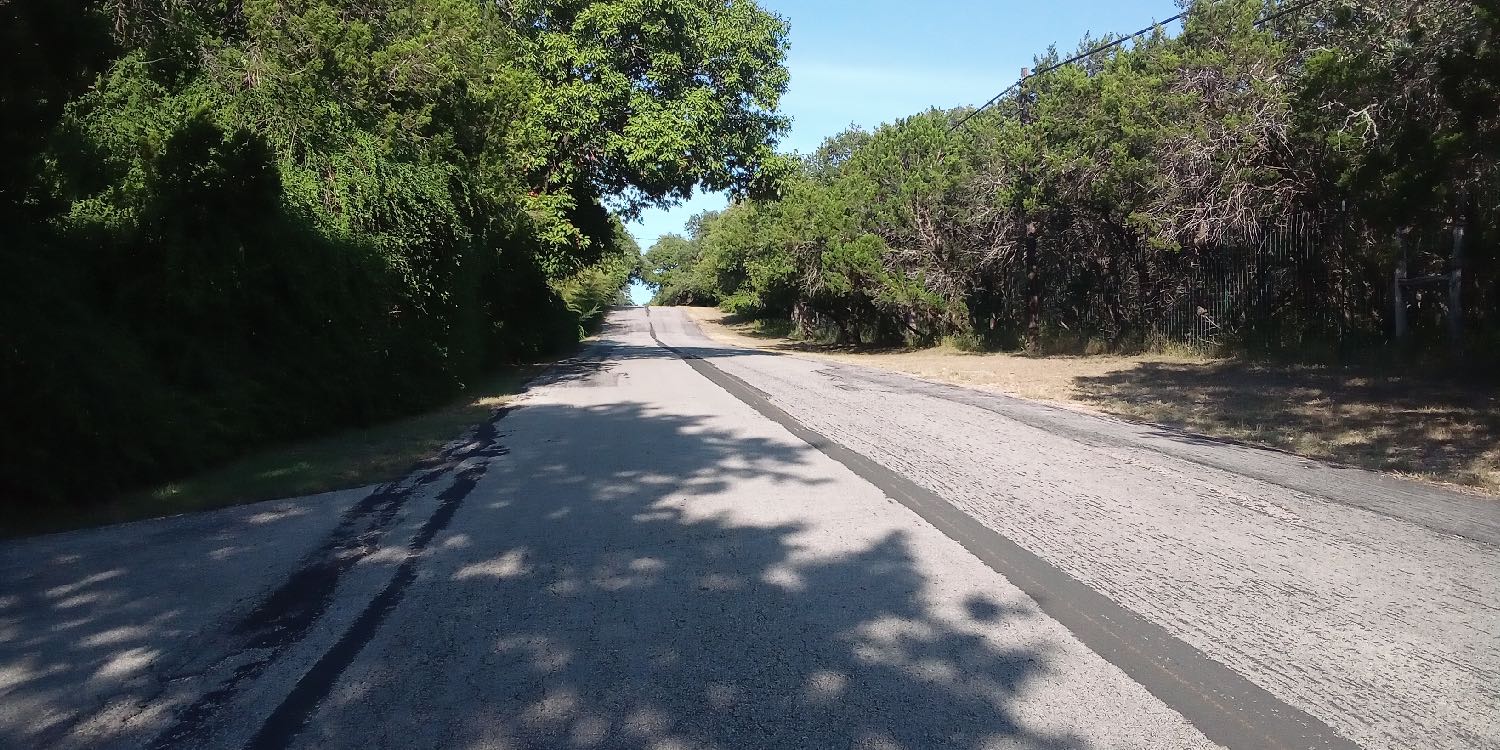 Elevations of seven rolling hills on a recorded route—Graphics: SRR

Hill Country Village (website: www.hcv.org), population 1,028, is an upper-class neighborhood that was incorporated in 1956 and has its own mayor and city government. The household median income is approximately $130,000; as a comparison, it is about $42,000 in San Antonio (2009 est.).

Bordering north of Hill Country Village is Hollywood Park (website: www.hollywoodpark-tx.gov), a larger town that was incorporated in 1955 with a population of 2893, but not as rich. It also has its own mayor and city government. Its household median income is about $64,844. These stats reflect the large and elegant homes that grace both towns, especially Hill Country Village. That along with horses and cattle grazing at some of these homes add to the charm and make these towns a popular cycling venue.

The following topo maps provided by the U.S. Geological Survey provide a snapshot of how the entire area developed over the last 65 years. 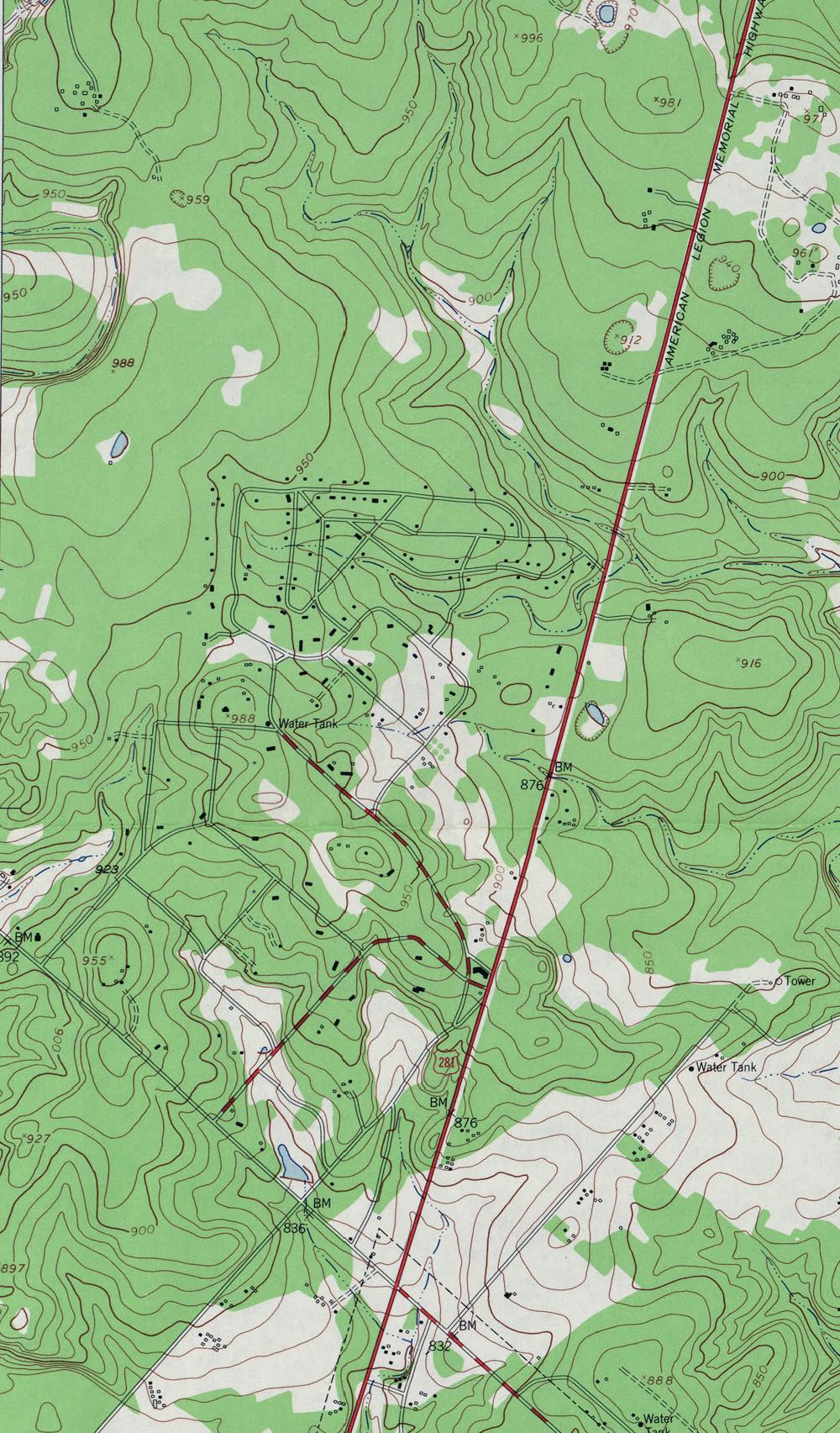 1952 topo map of Hill Country Village and Hollywood Park - Note that upper part of Hollywood Park was undeveloped and Loop 1604 did not exist—Map: USGS 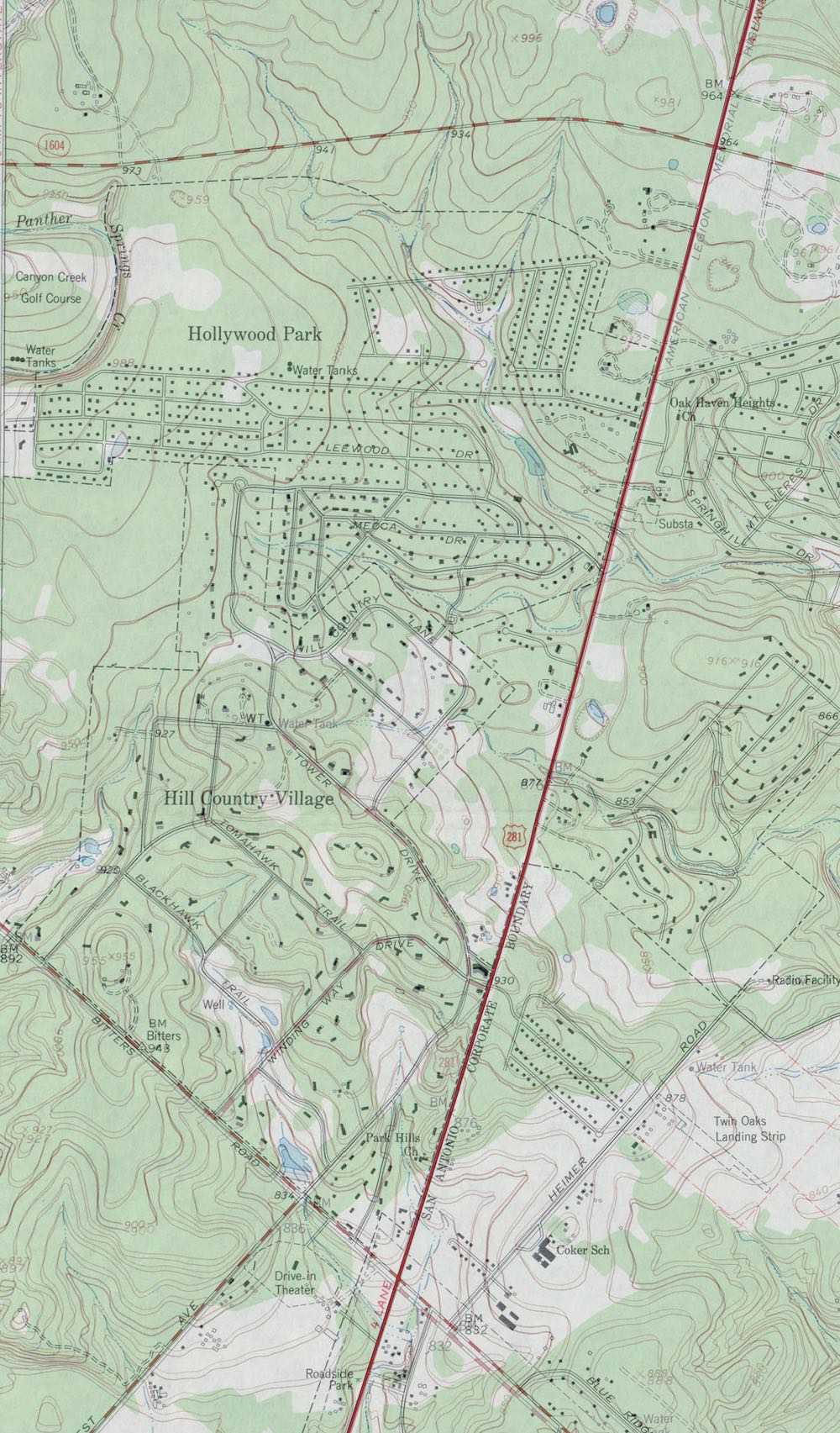 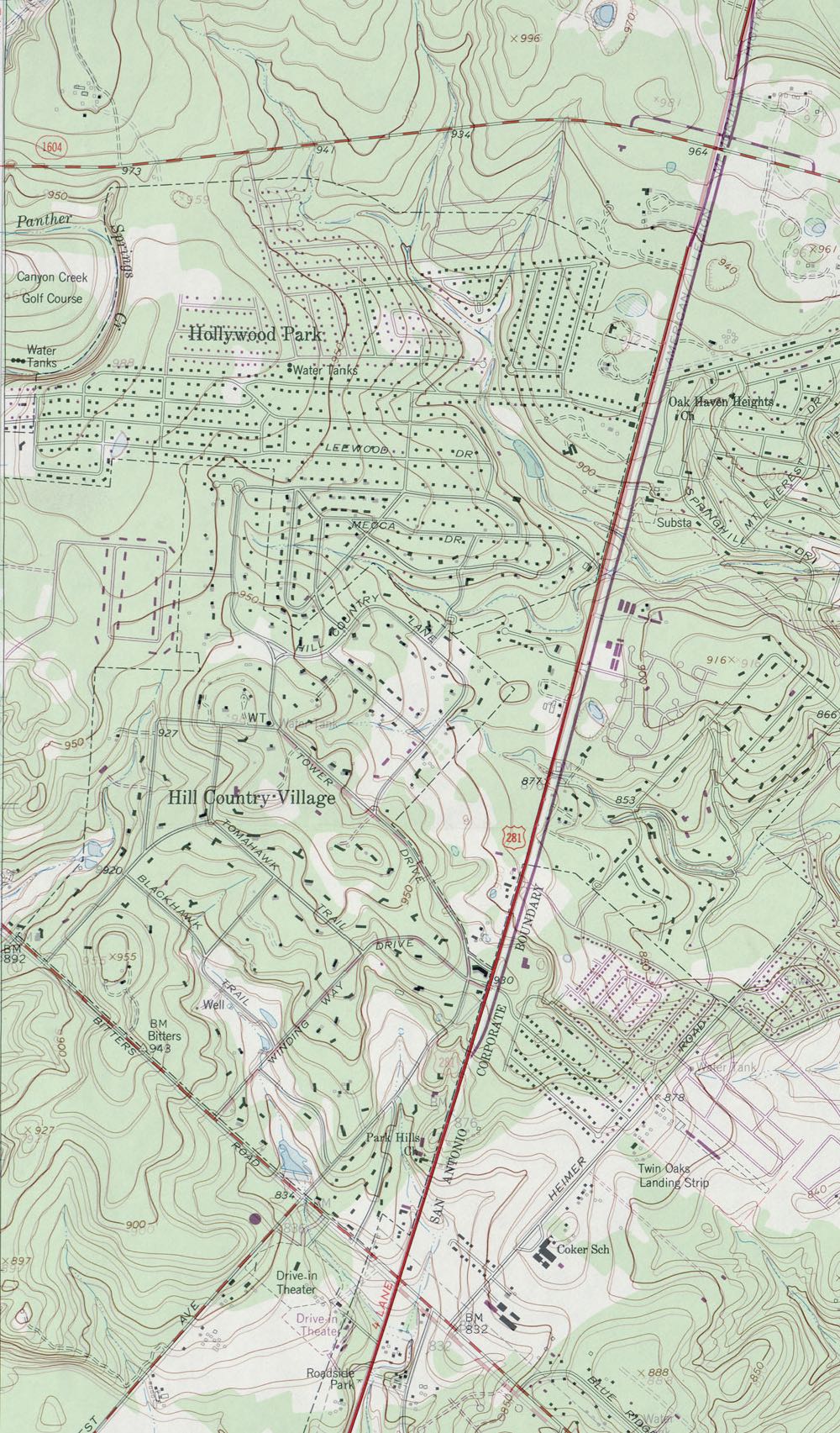 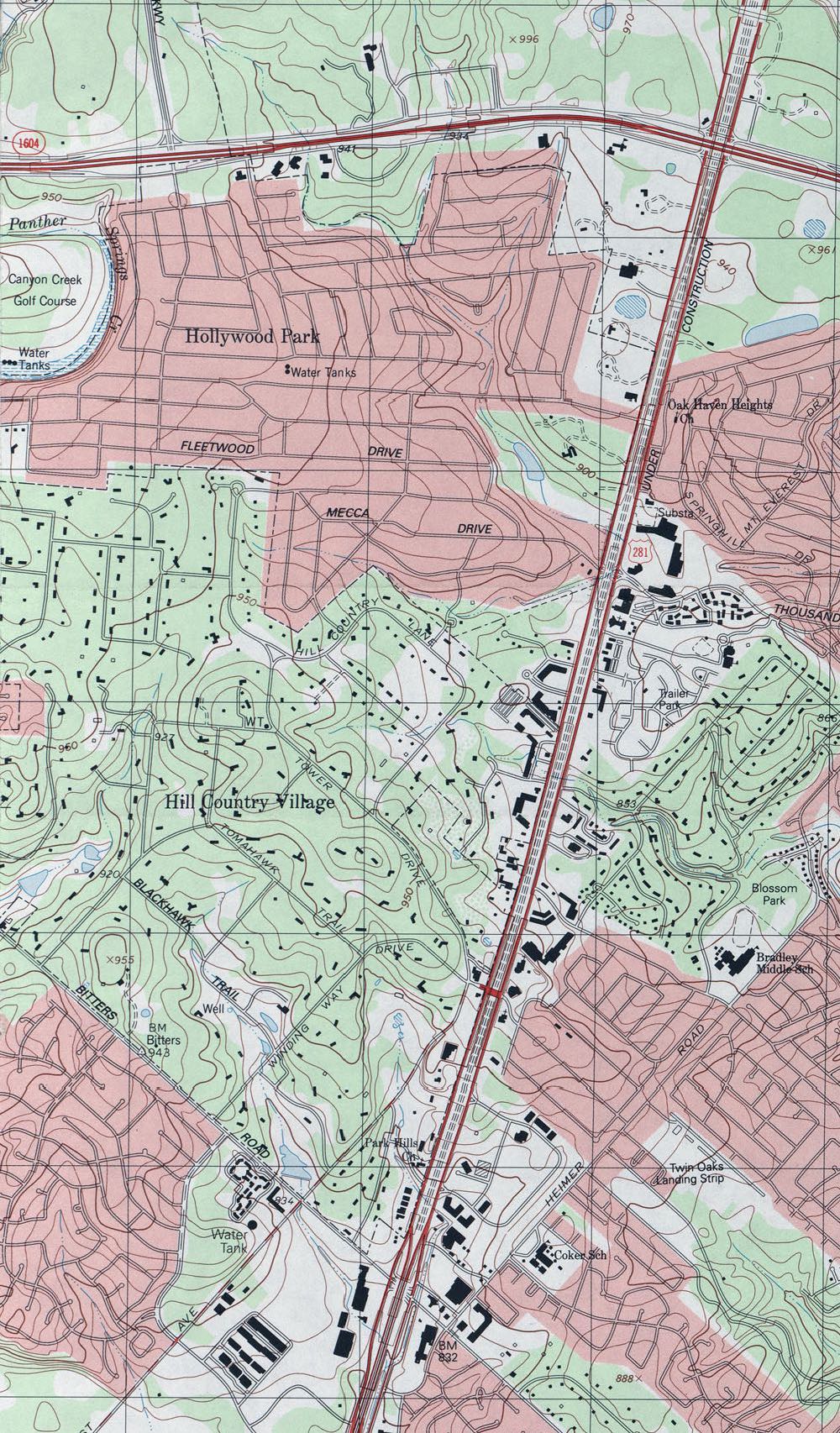