Bike shops are swamped due to COVID-19

As another effect of COVID-19, bike shops in the city are swamped with a high demand for service and new bikes. As noted by a tech at Bicycle Heaven, "Customers are dragging out their old bicycles, getting rid of the cobwebs, and hauling them in to get them serviced." A representative for Ride Away Bicycles reported that they are seeing mostly adults with cycling needs. Consumers want to get out of the house or avoid public transit. The shutdown had closed gyms, golf courses, playgrounds, and other entities; subsequently, consumers have nowhere else to go.

Bike World shut down their service departments. They stated on their website, "Our Service Departments are CLOSED AT ALL LOCATIONS due to backlog and lack of storage space." One of their technicians said that they are freeing up their technicians to build out new bike orders. Bike sales are brisk.

A spokesperson for Cycle Logic, a shop located on Wetmore Road, said, "We have been so busy. It is totally unbelievable. I'm getting at least five to six repairs in a day and working on 14-18 backlogged." He added that they are selling all kinds of bikes. 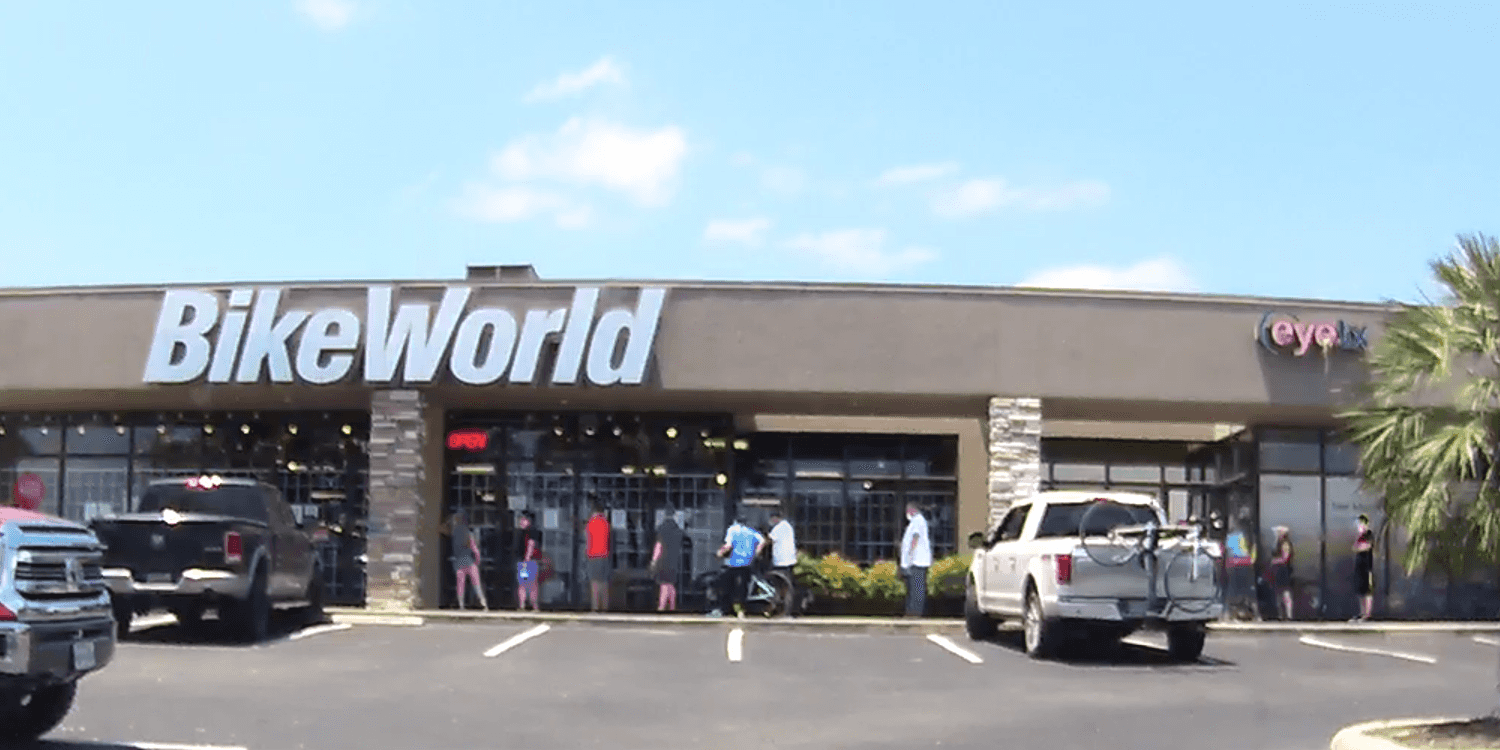 Standing in the queue at Bike World, a San Antonio bike shop

Even though bike shops are considered essential and have been allowed to remain open, there is an occupancy limit based on the size of the store. This resulted in long lines likewise to what other retailers have experienced such as Home Depot and HEB grocery stores.

Bike owners can perform maintenance themselves such as changing a flat tire or fixing a chain. There is a ton of YouTube videos available that teach how to perform repairs. Even though that service is not readily available, the shops sell the tools that may be needed such as a tire changing tool, chain repair tool, etc.

Meanwhile, bicycle and foot traffic has increased substantially on the Howard W. Peak Greenway Trails System that connects the city parks. The bicycle had become an important commodity for consumers during these trying times.

This is not occurring only in the United States. Other countries including Australia, Canada, and European nations have reported a substantial increase in bicycle sales and service.