Connector to Eisenhower is open!

Update: The Beckmann Quarry gates have been opened during the week of 14 Dec. This opened the route from McAllister Park's dog park trailhead to Eisenhower Park for a distance of about 15 miles (24 km)—30 miles (48 km) roundtrip. The entire length of Salado North from Eisenhower to Holbrook at Petroleum runs 21.4 miles (34 km).

After construction of the Salado Creek Greenway from Loop 1604 to Eisenhower Park had been completed in early 2020, the gates at the Beckmann Quarry were closed in May. According to Ross, the new trail runs on a stretch of land that was included in a quarry lease with Martin Marietta, the owner of the quarry. "We're anticipating the lease to expire in December at which time we will open the trail (along with the Eisenhower trailhead and crosswalk across NW Military Drive, which should also be done by then)," he said. The quarry opened in 1933, supplying materials for ready-mix concrete. 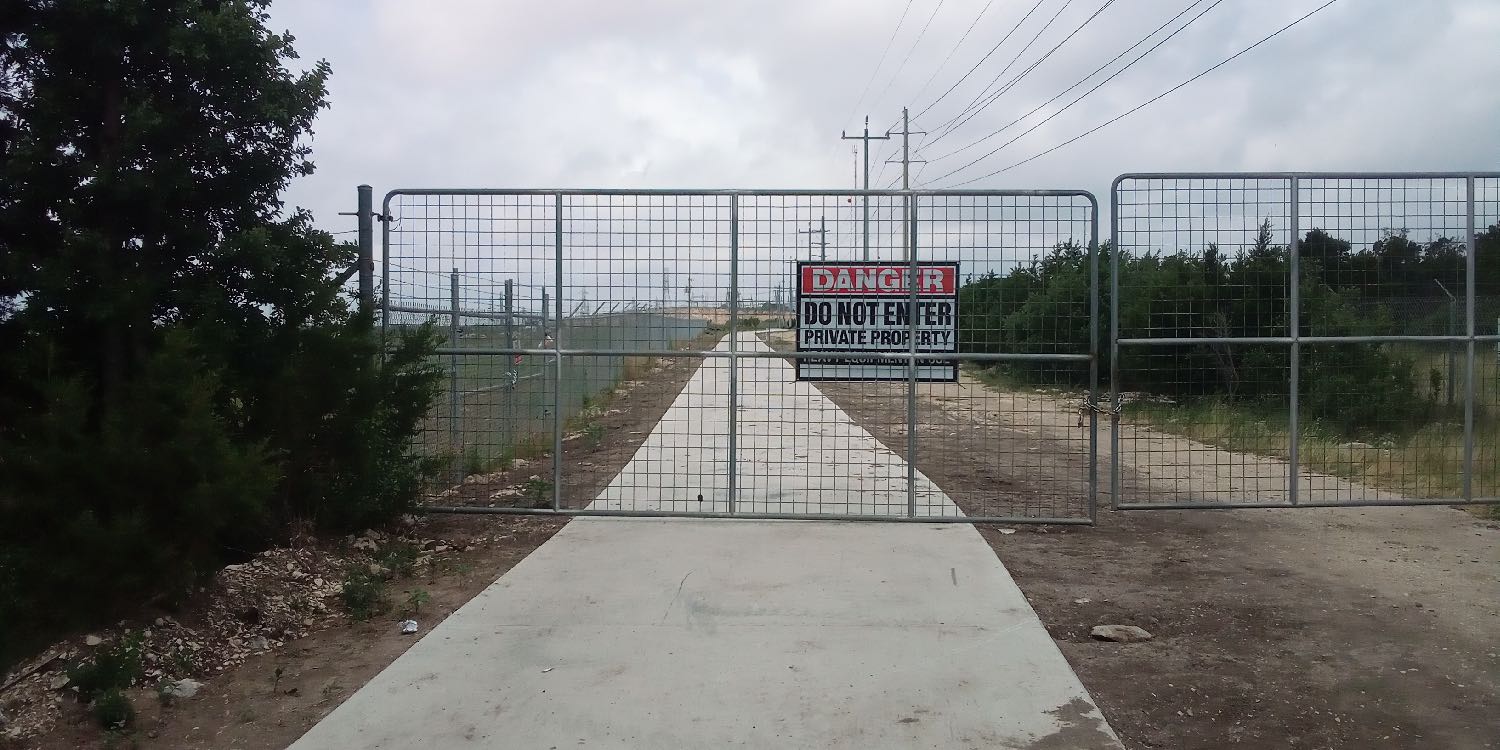 How it looked in May 2020: Gates closed at the Beckmann Quarry area—Photo: SRR

Eisenhower Park is located on NW Military, a road that leads to Camp Bullis. Sections of concrete have already been poured on what was an old access road for the quarry (see map below; look for routes drawn in orange). The rest of the trail has been built including a section that connects the Loop 1604 Trailhead to the new trail. 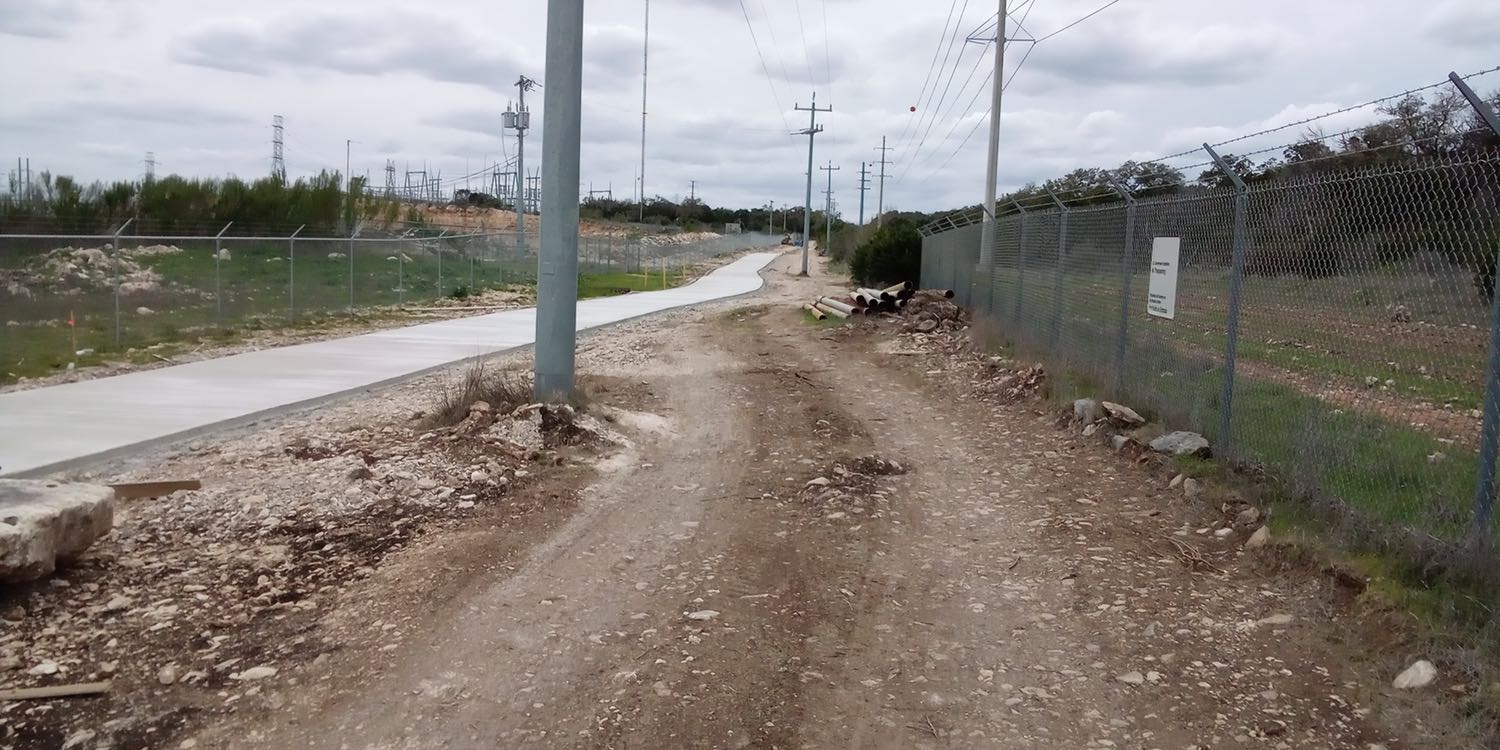 On the road to Eisenhower Park, the final stretch for the Salado Creek Greenway—Photo: SRR

It has been speculated that developers want to develop homes in one of the areas of the quarry that is no longer being mined. Already, high-end homes have been built along the new Salado Creek Greenway. 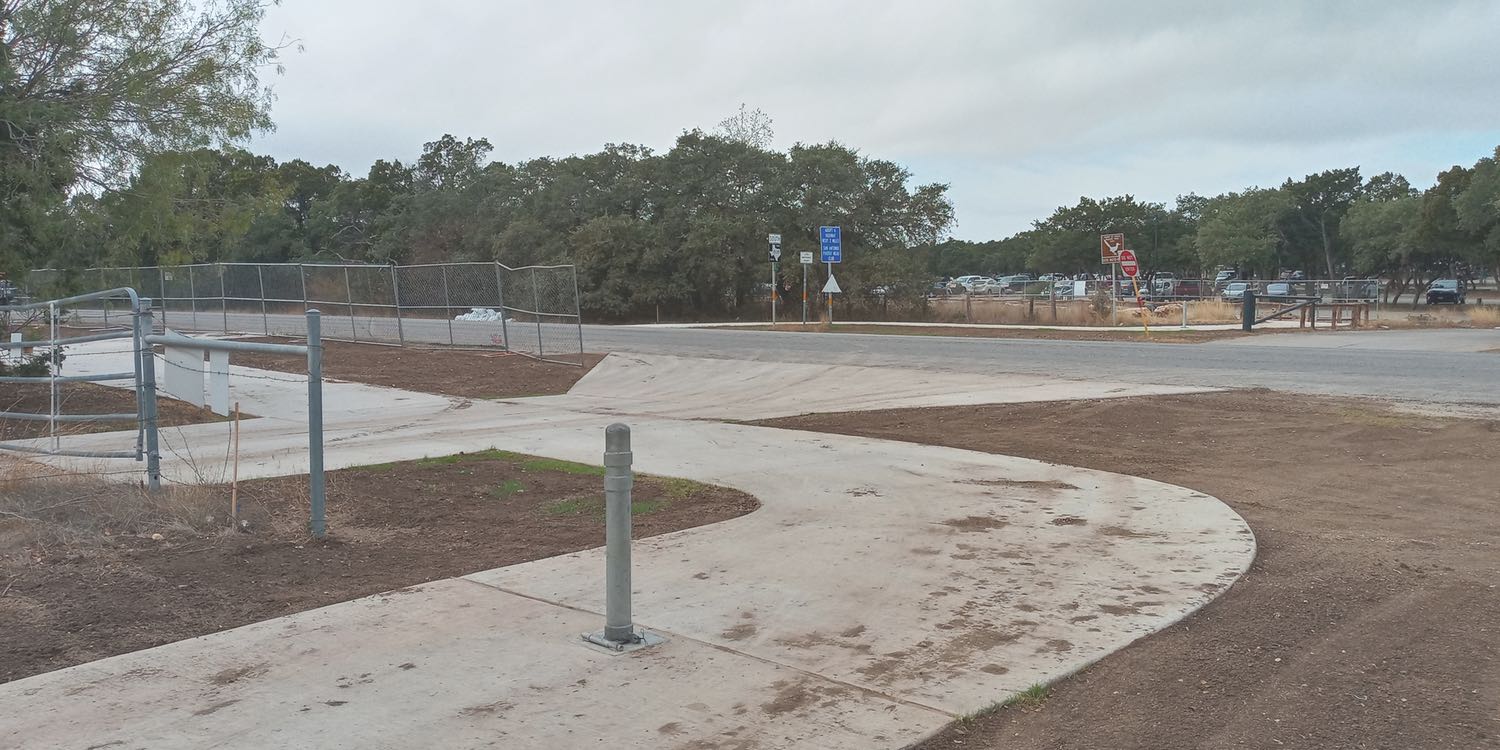 At the present, Leon Creek stops at the Richi Condominium complex near The Rim area. A sign states at the Eisenhower Trailhead that the 1.5-mile (2.4-km) connection to the Rim will be done in 2021. 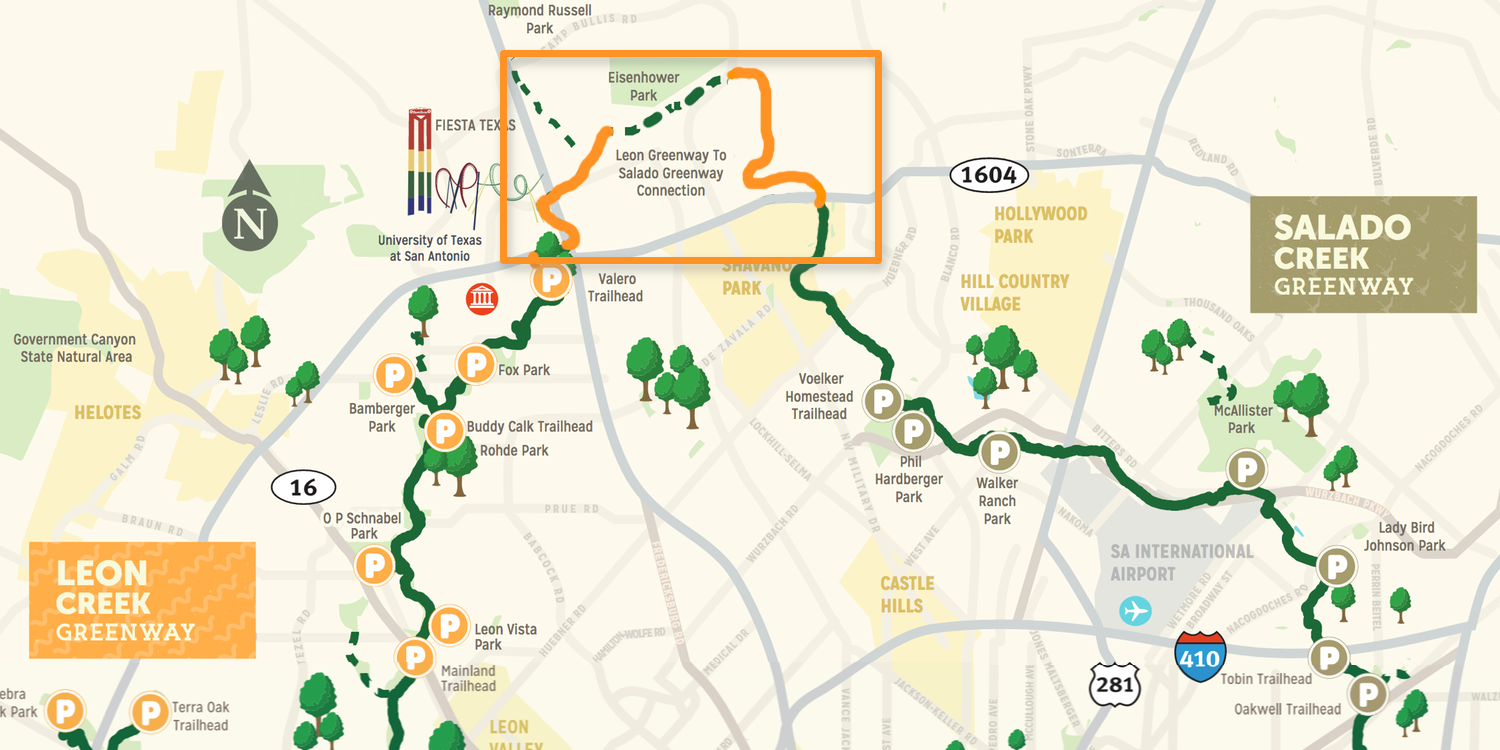 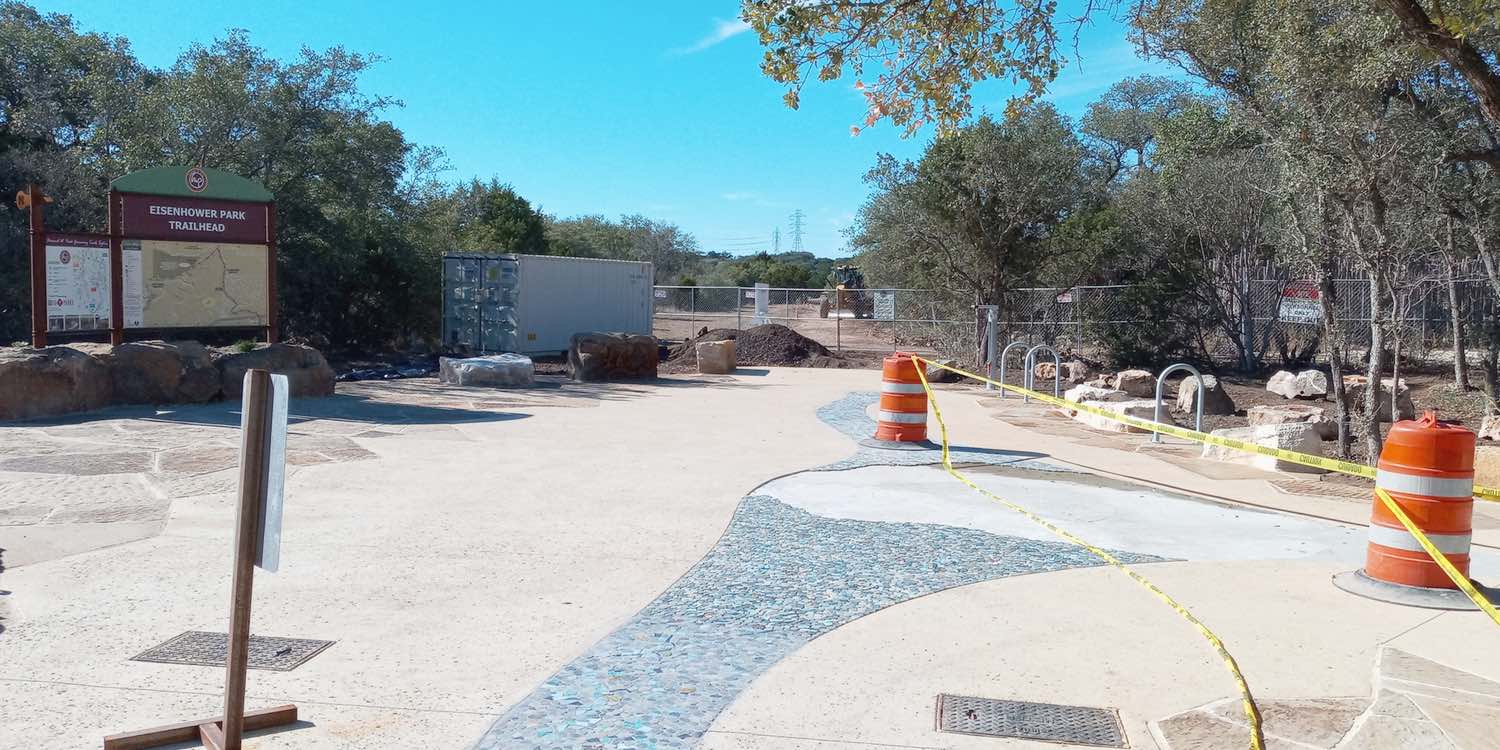 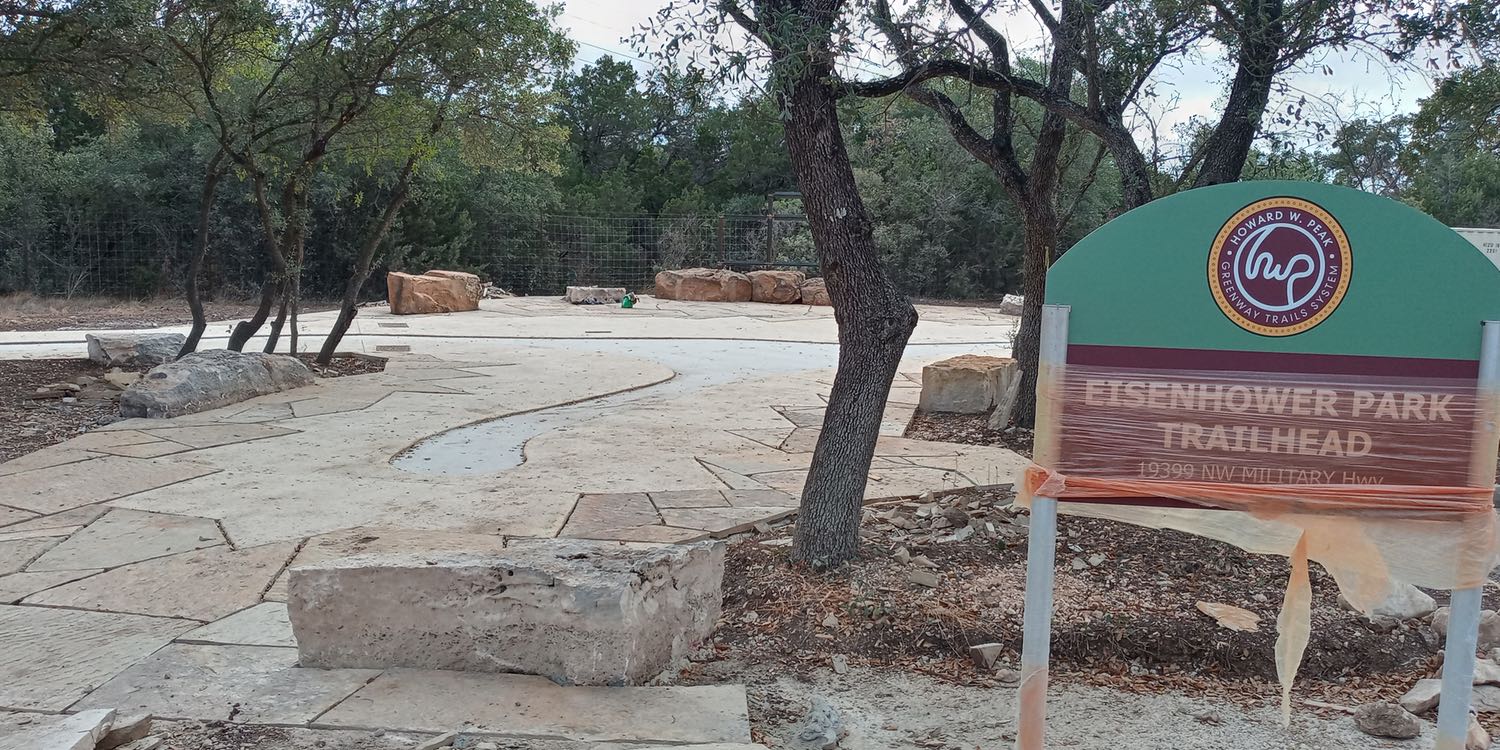