It's this time of year: hazardous leaves

The greenway trails continue to pose hazards such as leaves falling this time of year. Like the slippery mud left behind storms, leaves can cause slippages and crashes. It's very common. So, the best thing to do is remain vigilant and slow down or even stop when encountering leaves and mud from flooding. If flooding is noted, stop! 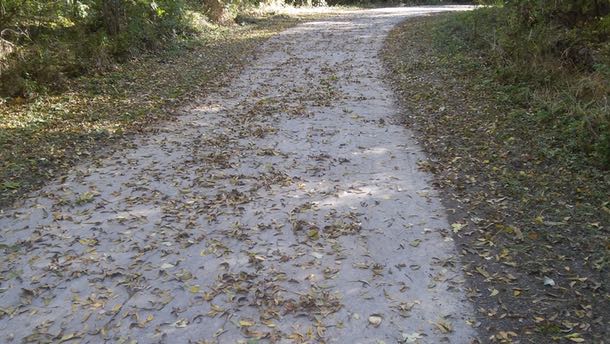 Even after rain and floods are gone, a residue such as mud remains and poses a threat. Cyclists and even runners can slip on floodline remnants, mainly made up of leaves and dirt. It's loose and takes away the traction. 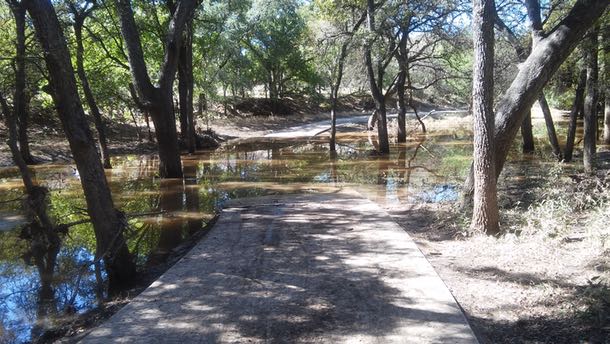 Segment of flooded trail between Voecker Trailhead and Huebner—Photo: SRR

Storms in early November flooded segments of the Salado Creek Greenway north. The trail was submerged between Walker Ranch Historic Landmark Park and Phil Hardberger Park and between Hardberger and Huebner Road. 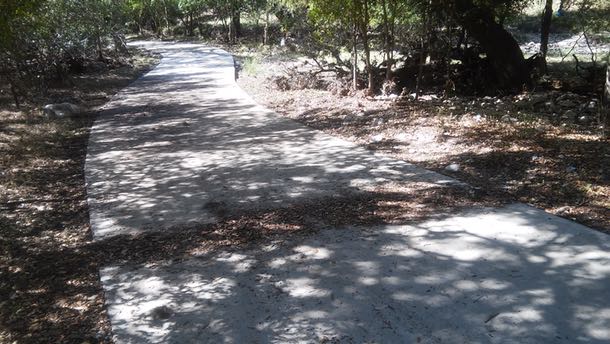 Leave and dirt make up a floodline—Photo: SRR

We have spotted these hazardous "hot spots" on the Salado Creek and Leon Creek Greenways:

Please note that there are other bad spots. Maintaining vigilance for storm debris enhances the safety of these greenway system trails. Even though these hazards are known, there are always those who approach them at excessive speeds. Be safe—have fun.