Following the official opening of the 1604 trailhead of the Salado Creek Greenway on 2 August, work continued on the connector to Eisenhower Park. The 3.5-mile (5.6-km) trek ended at a gate near Northwest Military Road, located across from the main entrance of Eisenhower Park. On 6 Oct 2019, we took additional photos of the progress. 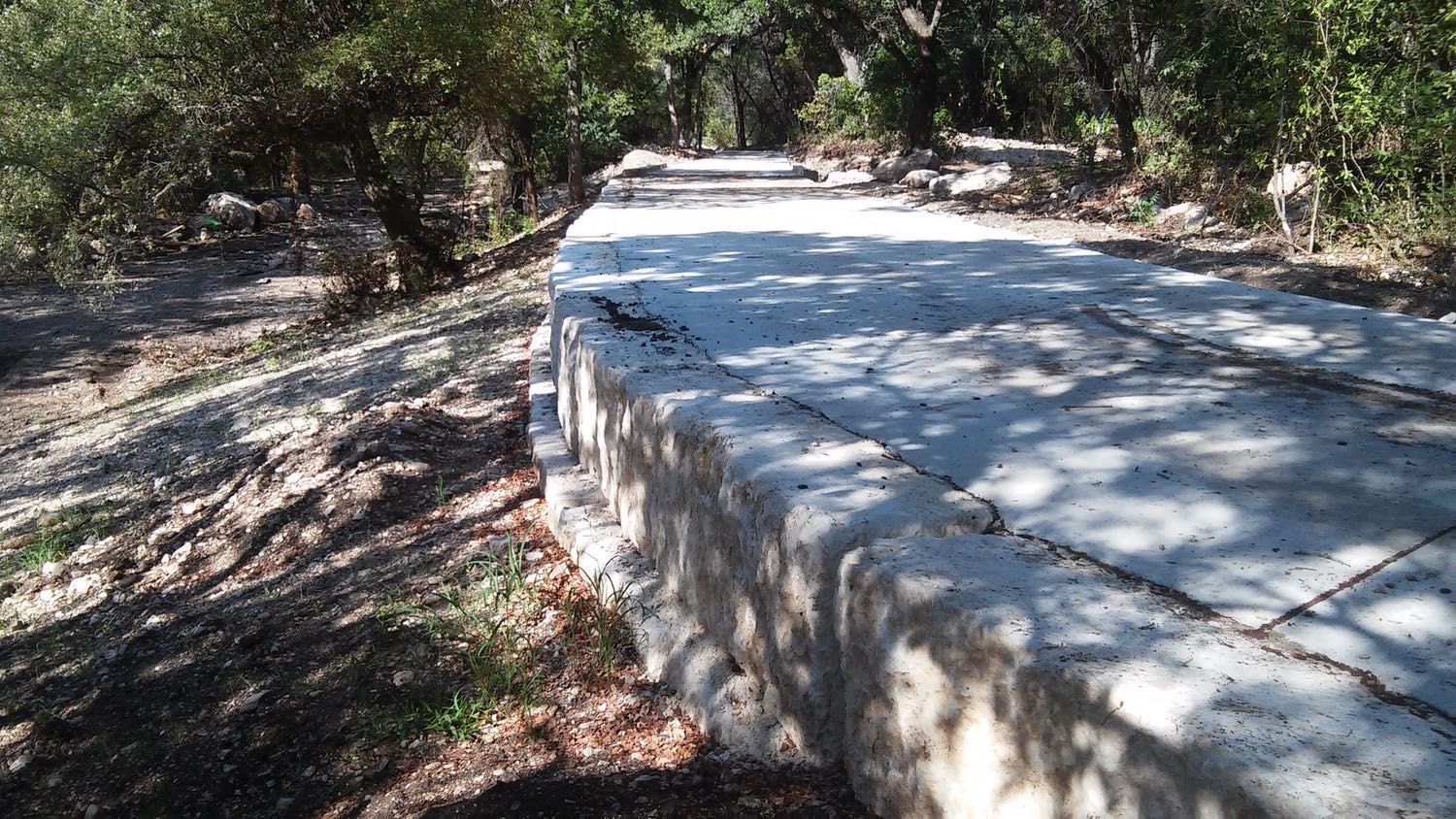 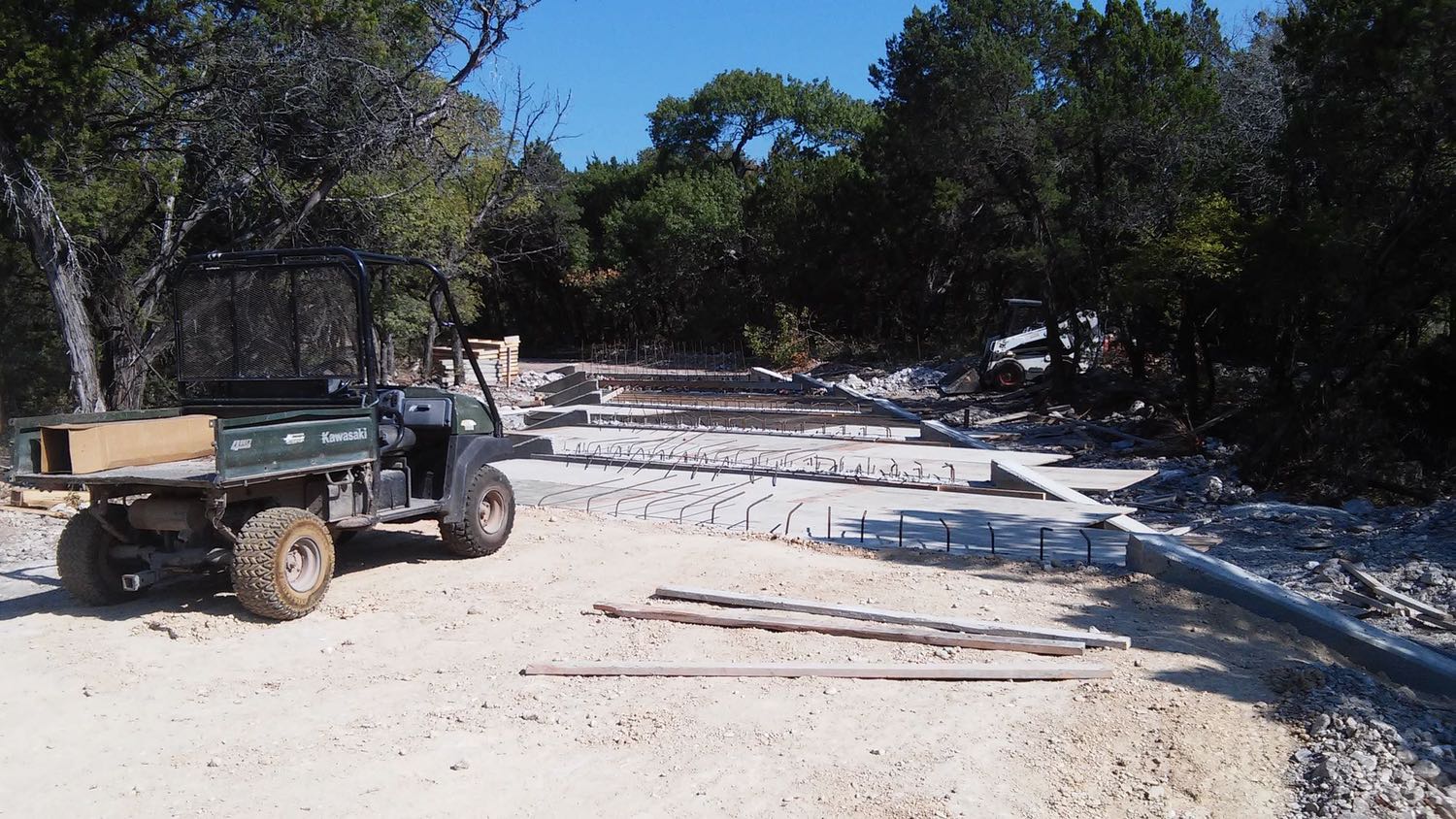 New bridge over a tributary—Photo: SRR 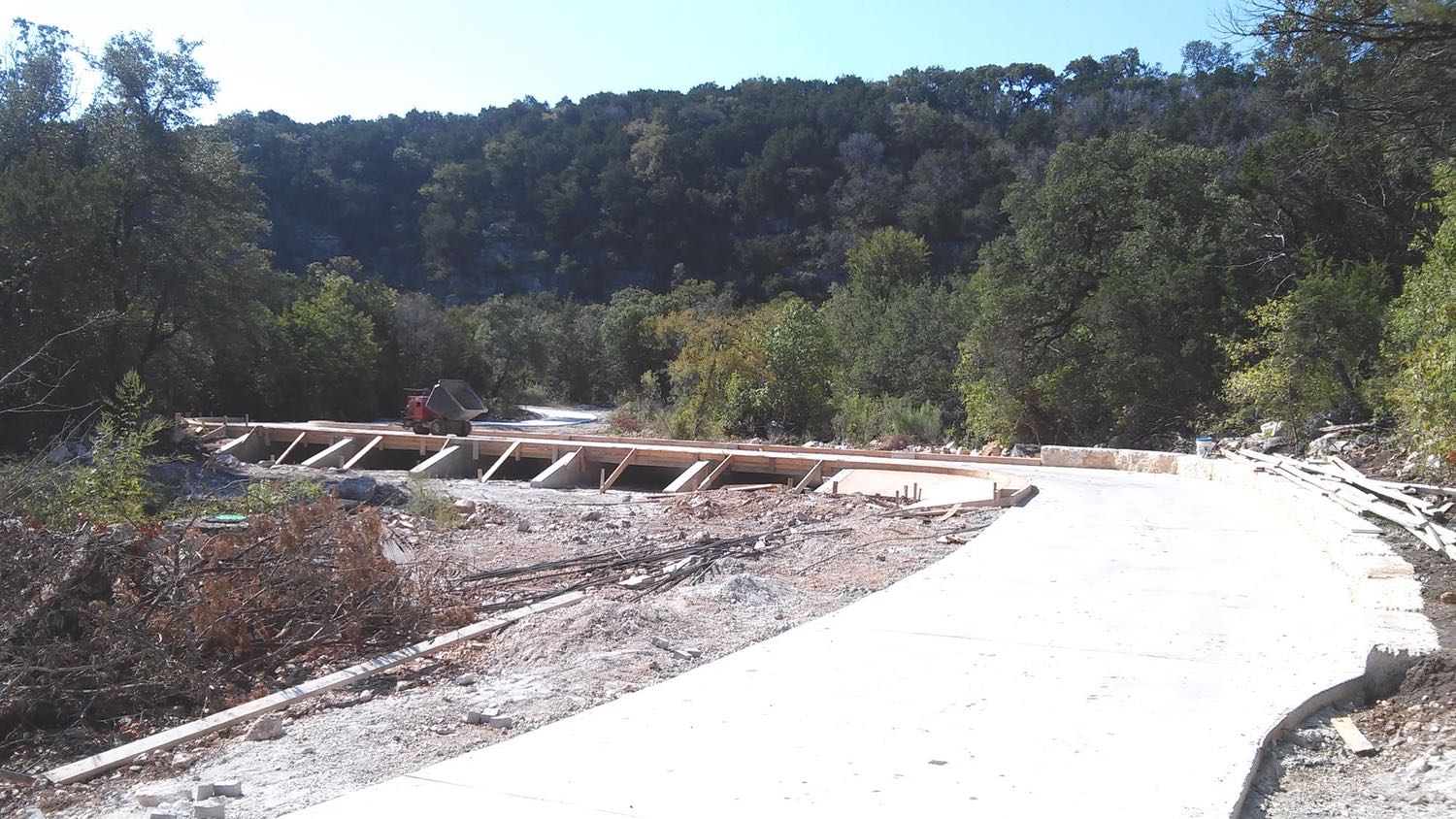 Earlier photos were taken in August. 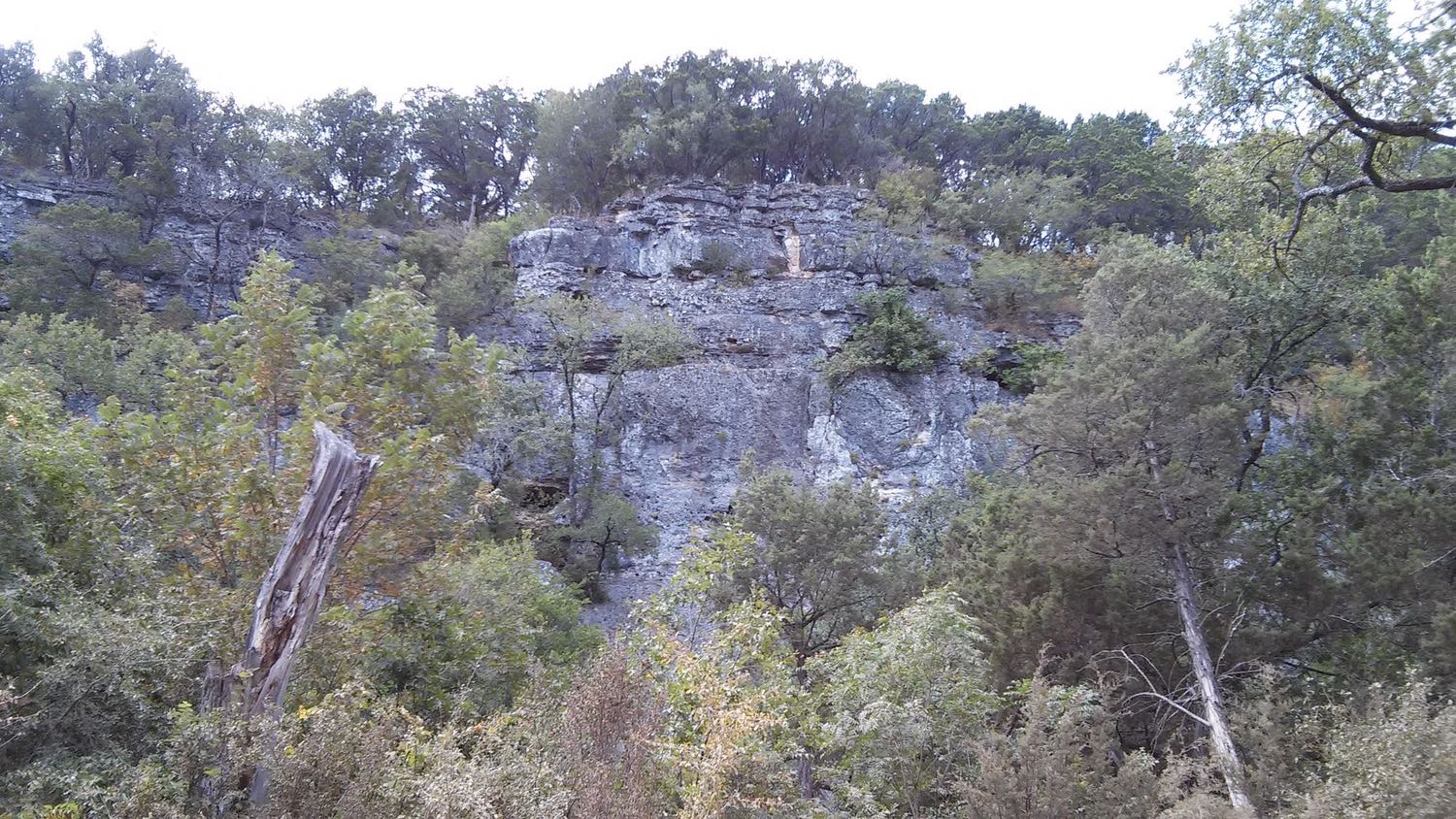 With the aid of a Cannondale Rush 2 mountain bike, the eyes of our camera captured the progress along a path that was once a mountain bike trail along the Medicine Wall bluffs of Salado Creek. MTB cyclists have enjoyed the rugged Medicine Wall trail over the years. Along its path is an old shack; an MTB rider reported that an abandoned car sat there for years shot up with bullet holes. 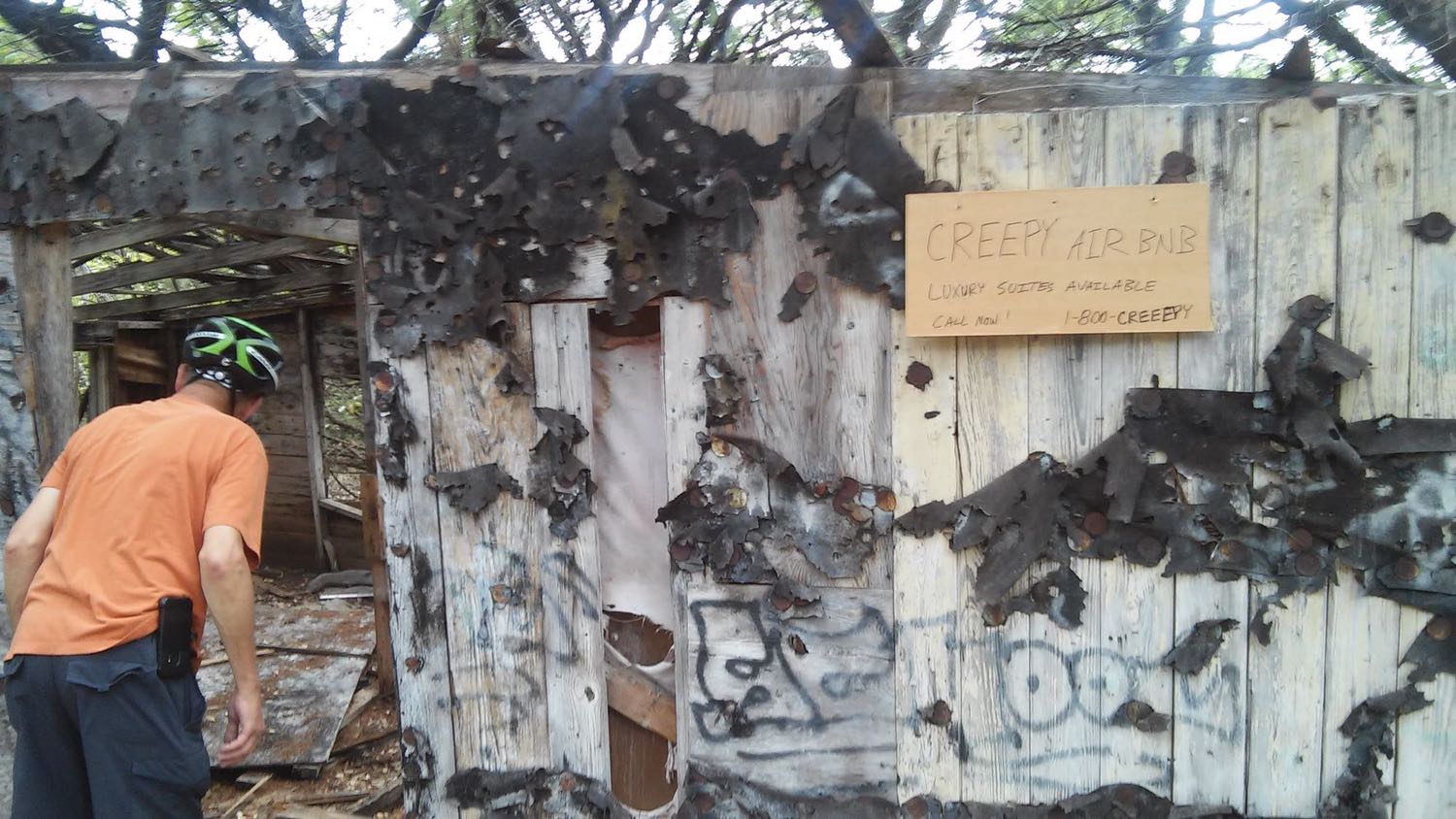 Even though it is apparent that the connector from 1604 to Eisenhower is going well, not so with the connector from Leon Creek to the park. There are septic issues below ground that called for re-engineering the work. The Leon Creek Greenway is complete to the backside of The Ricchi, a condominium complex. It ends approximately 1500 feet (457.20 m) short of Eisenhower Park. It is noted at the 1604 trailhead that its connector to Eisenhower will be forthcoming during summer 2020. 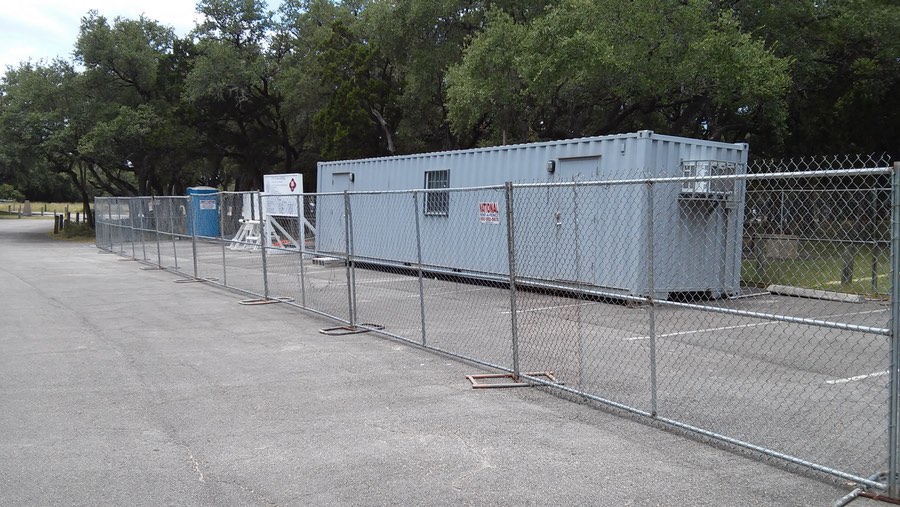 An approximate 15-foot (4.57-m) wide path had been graded to accommodate a greenway pavement that usually is 10 feet (3 m) wide. Further down, the classic stone blocks now used on the greenway trails have been delivered for retainer wall construction. 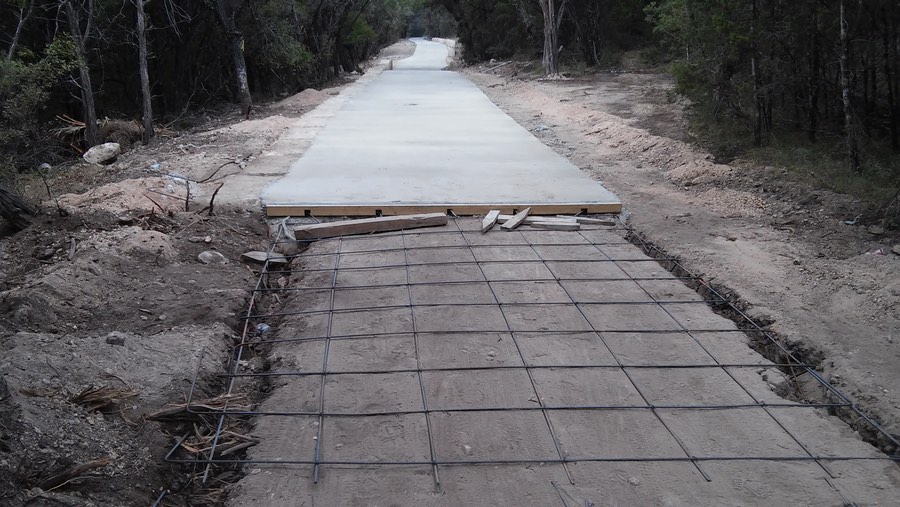 Part of trail had already been built as shown here with new concrete—Photo: SRR

Just beyond the trailhead, stakes and foundation construction have been started in areas near the Loop 1604 bridges.